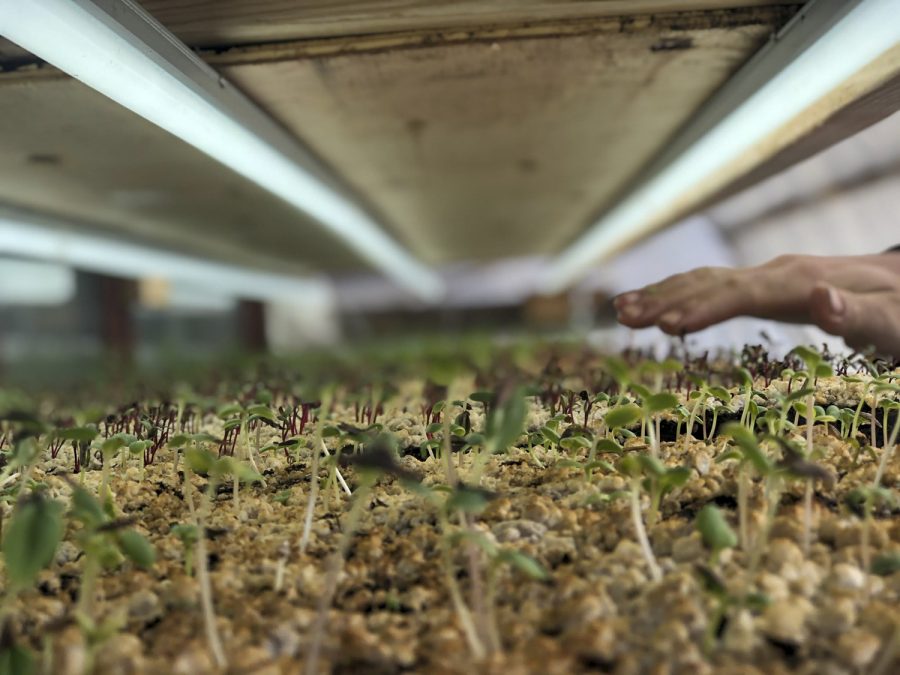 The Hands and Hearts Farm was created about six years ago to help co-owner Ames Fowler complete graduate school.

A husband and wife duo became business partners when they opened a farm in the Palouse region to bolster the husband’s graduate school education.

Hands and Hearts Farm is a small farm located in Moscow that is owned by Ames Fowler and Delaney Piper. The farm provides fresh produce, poultry, lamb and floral arrangements to the Palouse region.

The farm has been in operation since 2016, but the first two years of the farm were considered a soft start, Fowler said. At the time the farm was only producing enough for themselves and friends.

“We are still fairly new to the game,” Fowler said.

This will be their fifth summer producing and three total years in business, Piper said.

There are pastures with seasonal lamb, hoop houses and an orchard that is more of a hobby, Fowler said.

Fowler and Piper are passionate about permaculture, which is a form of sustainable agriculture. Fowler handles the vegetable and meat production, while Piper’s passion lies in the floral industry.

“If we are going to take care of the world we need to be farming well,” Fowler said. “50 percent of the world’s surface is agriculture and where we are at with agriculture is not sustainable.”

Fowler rotates his animals around the property to spread out impact and to sequester nitrogen that is produced from raising animals. Piper hopes to make a sustainable impact on the local floral industry.

“As a designer, I want to eliminate waste and find a sustainable way to produce floral bouquets,” Piper said. “We are working towards cooperating with other producers and florists in the area.”

The couple has even hosted a few weddings on the farm with Piper designing the floral bouquets.

The couple said they have been able to positively impact the local Saturday market in Moscow by bringing in organic and pesticide-free produce with the option of a subscription box for their patrons.

“Our community wants local and organic food with no pesticides,” Piper said. “We are young enough to be committed to a diversified approach.”

Before COVID-19, Hands and Hearts Farm was offering tours of the property, but that has not resumed operations.

“There are no immediate plans,” Fowler said. “We are interested in it, though.”

Early markets provided less business for the farm, but thanks to the city of Moscow, Fowler said operations soon returned to normal. The majority of the subscription boxes were delivered at the Moscow Farmers Market.

“People really wanted to support local business and from that, we have not been negatively impacted,” he said.

Fowler said there are no current plans to expand the farm because the future is uncertain for Fowler and Piper.

“We see ourselves as an iteration of what other farms have been doing and we value our relationship with the older farmers,” Piper said.