WSU lab in Kenya to focus on East Coast fever 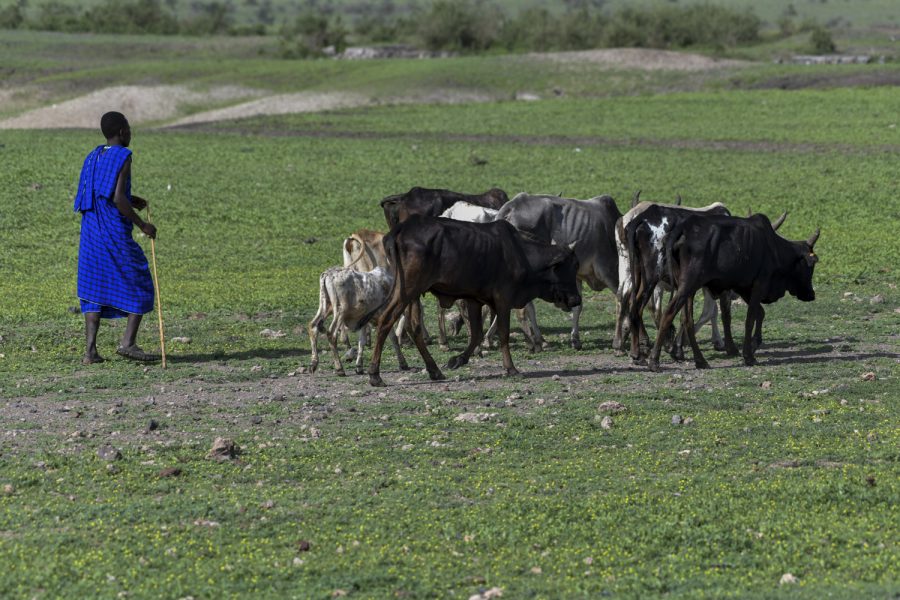 Milk-producing animals, such as zebu cattle, are especially susceptible to East Coast Fever. Researchers at the Animal Health Innovation Lab in Nairobi, Kenya, hope to develop more readily available vaccines and diagnostic testing for the disease.

Researchers at the lab will focus on improving vaccinations and diagnostic testing for East Coast fever, a tick-borne disease that affects cattle in 12 African countries, said Thumbi Mwangi, associate professor in the Allen School and director of the Innovation Lab.

ECF is a major impediment to the global livestock industry because milk-producing animals are especially susceptible to infection, Mwangi said. Indigenous livestock may be able to live with the disease but are less productive and have a 15 percent mortality rate. Exotic animals could experience mortality rates as high as 80 percent.

The disease is caused by a parasite and infects the lymph nodes. Eventually, it causes fluid buildup in the lungs of cattle, which can lead to death, he said.

Effective preventions and treatments for ECF will help combat food insecurity because animal products, like milk and meat, are important for proper nutrition, Mwangi said. Livestock death due to ECF is also a large contributor to decreased household incomes.

“This work has real impact … it’s science that moves from the lab to impacting a person’s life and improving their opportunities,” he said. “Being able to address a real infectious disease problem that converts into human welfare, economics and opportunities is very rewarding work.”

There is currently a vaccine available for ECF, but it is expensive, partly because it is sold in larger-than-needed quantities, Mwangi said. It also has to be administered by a professional because it is paired with an antibiotic, which makes it difficult for farmers to access.

Researchers from WSU will also work with scientists from partner organizations in Kenya, Mwangi said.

WSU competed against other research universities for funding from the United States Agency for International Development as part of the Feed the Future initiative, said Robert Bertram, chief scientist in USAID’s Bureau for Resilience and Food Security.

The goal for the initiative is to make nutritious foods safer and more available for lower-income families, he said.

The innovation lab will also help recruit and train the next generation of scientists to work with animal diseases such as ECF, Mwangi said.