New terminal to be finished in 2022 or 2023; current terminal is too small 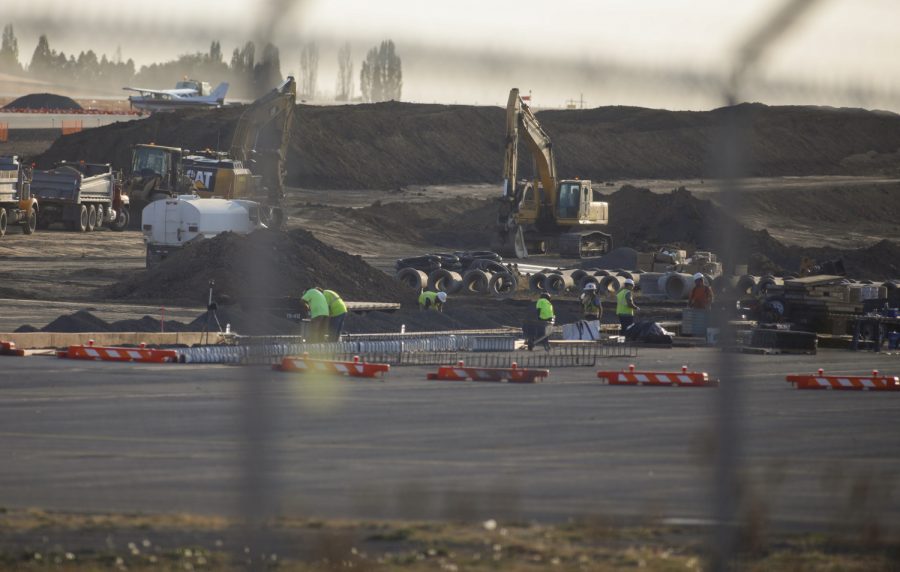 A runway is being constructed at Pullman-Moscow Regional Airport. The airport will begin construction on a new terminal next year.

Pullman-Moscow Regional Airport was awarded about $1 million grant from the Federal Aviation Administration to build a new terminal.

The new terminal is necessary because the old terminal was undersized for the amount of traffic and passengers that the airport gets — about 50 percent, said Glenn Johnson, Pullman-Moscow Regional Airport chair. Additionally, another airline will start using the airport.

Johnson said there is a plan to create a new runway, costing $154 million. The runway project has been underway for years. The runway will be for the new terminal, but an architect has yet to design the terminal.

Bean said the airport terminal should be finished by late 2022 or early 2023. Construction will start next year.

The current terminal building will be converted for a different use, but no specific use has been determined for the building, Bean said.

The new terminal will not be an extension of the old building, Bean said. It will be to the west of the current airport.

The airport is trying to get another $10 million for the building in 2022, he said. In addition, the airport will also try to receive $5 million for a ramp in 2022. It is eligible to get $18 million for the terminal from the CARES Act. The money will replace the communities matching engagement, Bean said.

“It’s exciting considering … how we’ve worked with the efficiency of the building that we’ve got now,” he said. “It just fits into that continued growth that is coming from the realization of a runway.”