Asian giant hornet could spread in US, researchers say 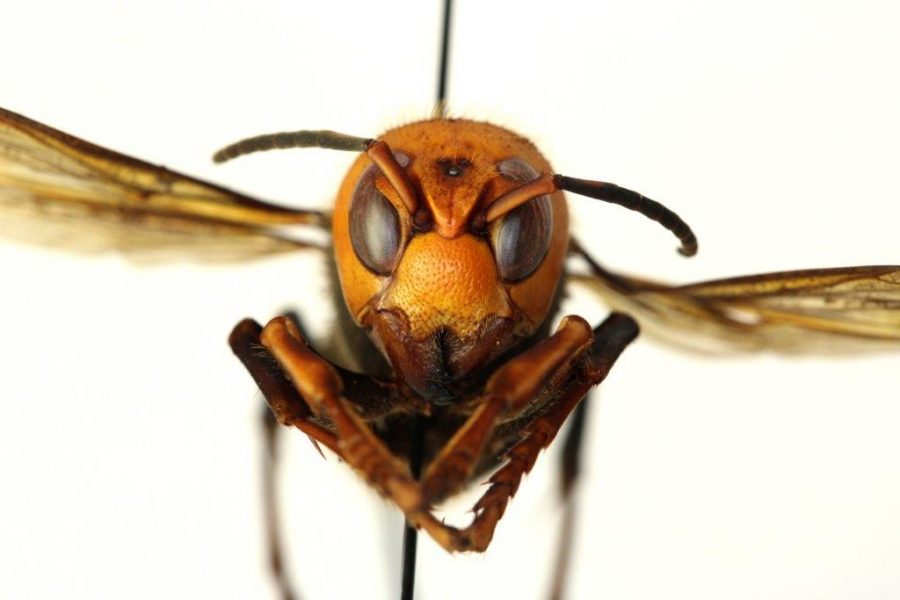 The Asian giant hornet does not have predators in the U.S and can destroy a honey bee colony within minutes.

The Asian giant hornet could potentially settle on the west coast, according to a recently published research article by WSU researchers.

The hornet is native to Asia, and it preys on honey bees, according to the research article. A hornet’s nest was first sighted in September 2019 on Vancouver Island, British Columbia. Four hornets were found in Washington state later that same year. Three more queens were spotted in 2020.

Javier Gutierrez Illan, research assistant professor at WSU’s Department of Entomology, said he and his team wrote the article to analyze how far and successfully the hornet could spread.

The research team compared the native niche of the hornet and looked for possible locations that could make the hornets feel “at home,” Illan said. They found the west coast provided the most ideal area for the hornets.

Some of the potential locations include Northern California, Washington and Oregon, Illan said. The hornets would most likely situate themselves west of the Cascades because it is more humid than the east side.

Honey bees in North America do not have the defense mechanisms Japanese honey bees are equipped with when dealing with the hornet, according to an Evergreen article. This makes North American honey bees an easy target.

“[The hornets] can destroy a honey bee colony in a matter of minutes,” Illan said. “That’s the worry here.”

Beekeepers could also face repercussions from the hornets, according to the Evergreen article. A hornet’s stinger, which has 4.1 microliters of venom, can easily penetrate a regular beekeeping suit.

Illan said one question he has been asked is if researchers can import Japanese honey bees to get rid of the hornets. Although the intention is good, he said bringing in an invasive species would not end well.

The hornets do not have a predator in the U.S., said Gengping Zhu, postdoctorate researcher at WSU’s Department of Entomology. However, chemical pesticides could be a possible solution.

Illan said they are still continuing to track the hornets’ movements in the U.S. and are looking for ways to improve the models they used for the research.

“I’m hoping that [researchers] can eradicate this thing,” Illan said. “I have nothing against the bug itself, but it’s not native from here and it can cause a lot of trouble for honey bees.”