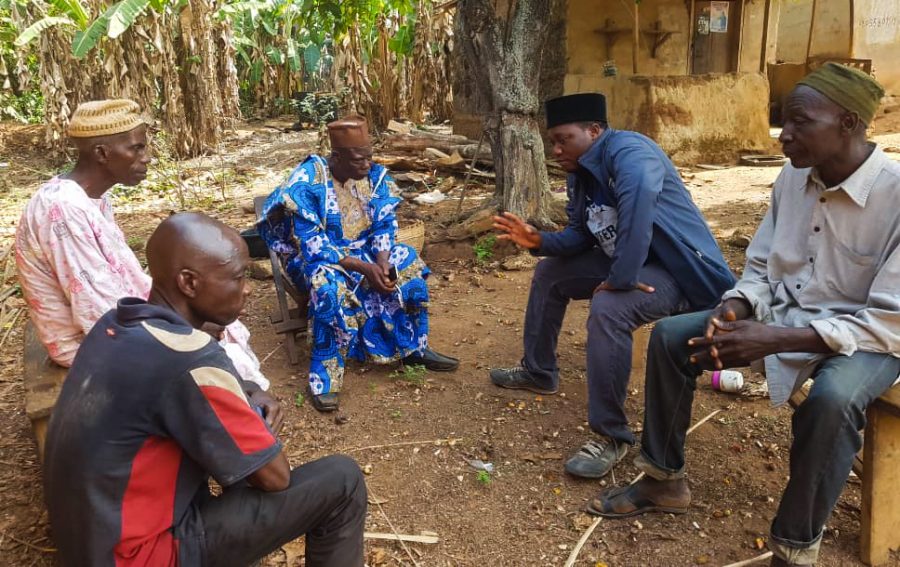 Farmwella co-founders Cedric Habiyaremye and Cornelius Adewale's vision for the company is to shift the way of thinking about farming in Africa by providing sustainable resources to start up more farms.

Two WSU alumni are working to make farming more profitable and sustainable for farmers in Africa through their agricultural start-up company Farmwella.

African farmers do not want their children to go into farming because it is not viewed as a productive or profitable career, he said.

“I grew up with my grandparents. Both of them are farmers,” Adewale said. “I studied agricultural economics at university back in Nigeria … through the process, I realized things don’t have to remain the same.”

Two-Acre Farms are Farmwella’s base agricultural unit. They are funded by sponsors, he said, whose investment covers infrastructure costs, such as irrigation and cold storage for the farms.

“That is what we’re trying to do at Farmwella … [bridge] that infrastructural deficit at the micro-level,” Adewale said.

One Two-Acre Farm can house up to 10 trained farmers, who make money year-round on what they harvest and pay monthly rent to the sponsor, he said.

The company started in Nigeria, Adewale said, because that is where he is from, and he knows farmers interested in the company. He hopes to launch Farmwella farms in Rwanda next, where co-founder Cedric Habiyaremye is from.

“If we do our job right, it will have a huge impact,” said Farmwella data scientist Andy Horgan.

After a year working on a Two-Acre Farm, farmers can start their own and be part of training others, he said.

“It’s like a training hub that equips all the farmers with the skills they need to make a living on their own, without that support,” he said.

Habiyaremye lived in a refugee camp in Tanzania during the Rwandan genocide of 1994, during which he and his family often went to bed hungry. He became involved in agriculture to produce more food and make sure fewer people are hungry, he said.

“Something I dreamed of a long time ago is being realized,” Habiyaremye said. “It gives me more courage to do more, dream more and invest more.”

It is encouraging to work with Adewale and Habiyaremye because they know what it means to struggle and they are familiar with the culture of their intended market, Horgan said.

“They truly, genuinely understand on a personal level what those [farming] needs are,” Horgan said.