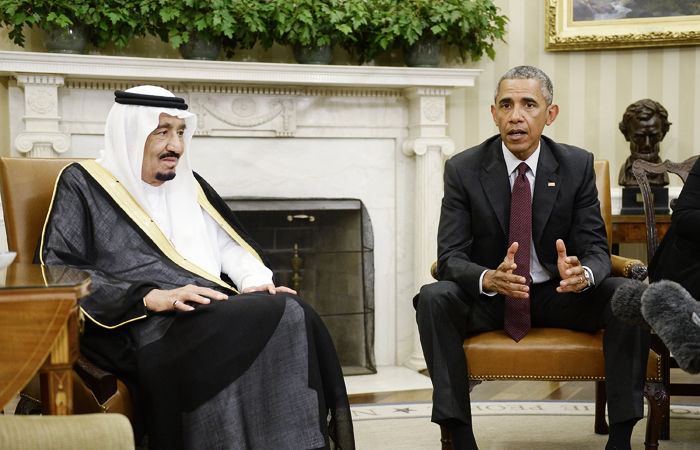 Early this January, Saudi Arabia beheaded then crucified the corpse of Nimr al-Nimr, a prominent cleric who acted as spiritual leader for the autocratic kingdom’s unrepresented Shia minority, with a style of execution more commonly associated with the terror group ISIS.

Though the Saudi government and royal family prosecuted Nimr as a terrorist, the death of the well-documented peace advocate was nothing more noble than political assassination, a violation of international law and human rights which must be internationally condemned.

Though Nimr never pledged allegiance to any country but rather to his religious group, Saudi Arabia had called the cleric, who had dangerously demanded either representation or the succession of the brutalized eastern province, a lapdog of Iran. The execution was thus seen as a direct affront to the majority Shia nation, whose citizens immediately responded by burning down the Saudi embassy in Tehran.

Now, the region prepares for potential religious warfare which can only be made more certain if Nimr’s cousin, who was 17 when first arrested in 2012 and prominent poet Ashraf Fayadh are put to death.

The question is, as the most powerful and necessary ally to the Saudi regime, where is American condemnation? Doubtlessly American diplomats are even now attempting to salvage peace and perhaps it is for this reason that it has been considered pertinent to remain silent on the despotic politics of the Saudi royal family.

Professor Kenneth Faunce, history instructor at Washington State University, would characterize the relationship between the U.S. and Saudi Arabia as having always been materialistic and opportunistic.

Whether seeking American defense during WWII, the Gulf War or otherwise, Saudi Arabia has always been beholden to an exchange of oil access for American power.

This does not mean that the relationship has always been amicable and among other things Saudi Arabia has always resented U.S. support of Israel and more recently U.S. cooperation with Iran. It has also always had a certain distaste for the very American power which it depends on and many point to the occupation of 10,000 U.S. soldiers—a defense force— as a response to Saudi Arabian involvement and general approval of the 9-11 attacks.

Such was Saudi disapproval and vitriol towards the United States that in 2002 an arm of the Department of Defense even considered “taking the Saudi out of Arabia,” seizing oil fields and handing over control of the country to non-Wahabi Muslim groups.

While the autocratic monarchy may have morally supported the attacks, politics still demanded an attempted salvaging of relations.

“Terrorism does not belong to any culture, or religion, or political system”, declared King Abdullah during the opening address of the Counter-Terrorism International Conference in 2005.

But this has metastasized into the monarchy’s new policy of using the political freedom of fighting terrorism to essentially assassinate political enemies, which is what happened in the case of Nimr al-Nimr. His case brings to light the utter hypocrisy of the nation that provides more economic support to terrorist groups like ISIS and the Taliban than any other state.

Though it would certainly be a diplomatic quagmire to condemn the state without sending it into one of its iconic furies over disagreeing allies, the American government has become complicit in the Saudi regime. Whether it is making the largest arms deals in human history or providing surveillance support, America has made it far too easy for the royal family to suppress the rising tide of revolution inside its borders.

Truly, no autocratic state resorts to this level of political assassination unless it is fearful and thus begins the ever-escalating dynamic of revolutionary fervor and oppression thereof. If the Saudis go to war, revolution may be imminent in a country whose citizens see no gain in their sacrifice.

“It causes problems for our image,” Faunce said. “On the one hand, we condemn these types of actions, but when Saudi Arabia does them we tend to ignore them because they’re our close ally and people know that around the world.”

Though diplomacy has never been about how much two countries like each other, the utilitarianism must have some sort of limit. America must not sell its soul to a country which assassinates poets and men of faith, which embodies the antithesis of American values and plots to weaken the American state through acts of terror. Even just for the sake of amoral pragmatism, to prevent war in the Middle East, America must be willing to publicly call for fair trials for Nimr’s nephew and for Fayadh.

We are not an amoral nation. We do not submit to pragmatism like Soviets or Nazis, or like a weaker state afraid of repercussions. This is not a call to arms, but as Nimr was famous for espousing, “The weapon of the word is stronger than the power of bullets.”