Presidential debates are played out, boring; here's a more entertaining alternative tests the true resolve of the candidates 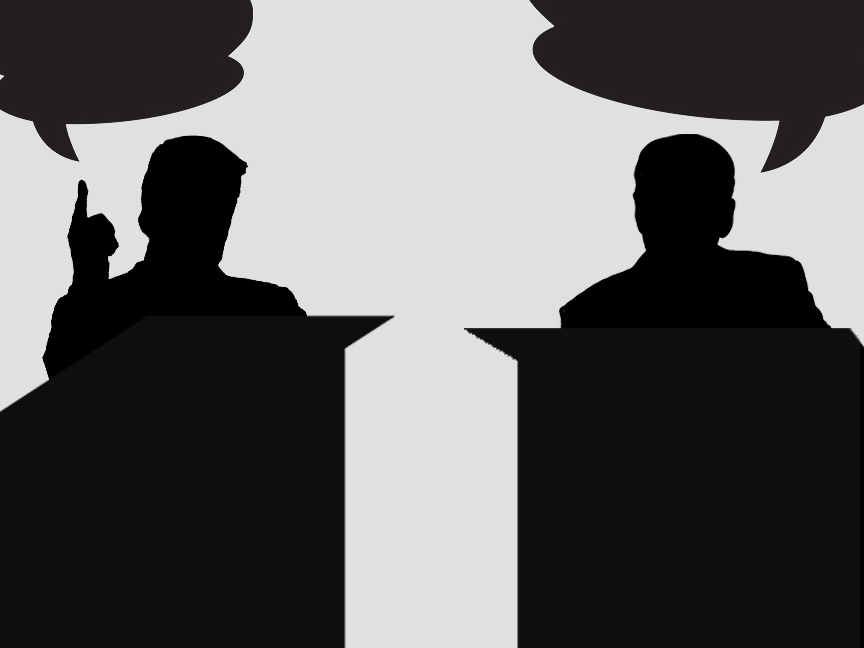 The presidential debates are showing their age— it’s time to replace them with something a little more interesting. Tests of physical skill and dexterity will test the true skill of America’s next leader.

With the disastrous turnout of the first presidential debate on Sept. 29, the next few will be delivered in a different fashion.

President Donald Trump and former vice president Joe Biden will be partaking in a gauntlet of activities. With the failure to control the debaters, Chris Wallace will be out as a moderator. Replacing Wallace will be a live online audience who will rate the candidates based on their performance in real-time.

First, the nominees will play paintball. The candidates will be required to wear white shirts and white pants, so the paint markers are obvious. They will have three “lives,” and the first one to get tagged with a paintball three times will be eliminated, giving their opponent a point.

The second event will be karaoke. The audience will be given a poll with four songs to choose from, “Peace Sells,” “God Save the Queen,” “Won’t Get Fooled Again” and “Born in the U.S.A.” The karaoke event will be held via Zoom to avoid COVID-19 concerns. The audience will take a Twitter poll to determine the winner for the event. The winner will then receive a point in their favor.

The third event will be a “Yo Mama” joke competition. Biden and Trump have five jokes each to sting their rival with. The results of the aspect of this counter will be decided over Twitter polling. The contestants must have three out of five of the best jokes in order to win a point.

The next event will be a cook-off between the candidates. Gordon Ramsay will be the judge of this event, and Trump and Biden must make their best rendition of Beef Wellington. The candidates have three hours to complete their recipes, and the better outcome will be awarded a point.

The fifth and final objective for Trump and Biden to complete will be a race through a bouncy house. The two candidates must deftly maneuver through the inflated monstrosity in order to reach the finish line. Along the way, there will be ladders and rope swings to traverse, as well as a pugil stick fight at the end. The candidate stumbling their way out of the exit first will be crowned the winner of the event and will be awarded the point.

After the five events are completed, Trump and Biden will be brought to the top of the “Rocky” stairs in Philadelphia. The candidate with the most points will be declared the winner of the debate process. There is no political or financial gain, just the thrill of victory and the agony of defeat.

The winner of this first annual Presidential Olympics will be awarded a face mask with “first-time Olympic champion” written in red, white and blue.

The Presidential Olympics will take the politics out of politics and will leave no room for debate over who is the superior candidate. Trump and Biden will have to show their mettle in the field of competition, instead of berating each other with nasty insults.