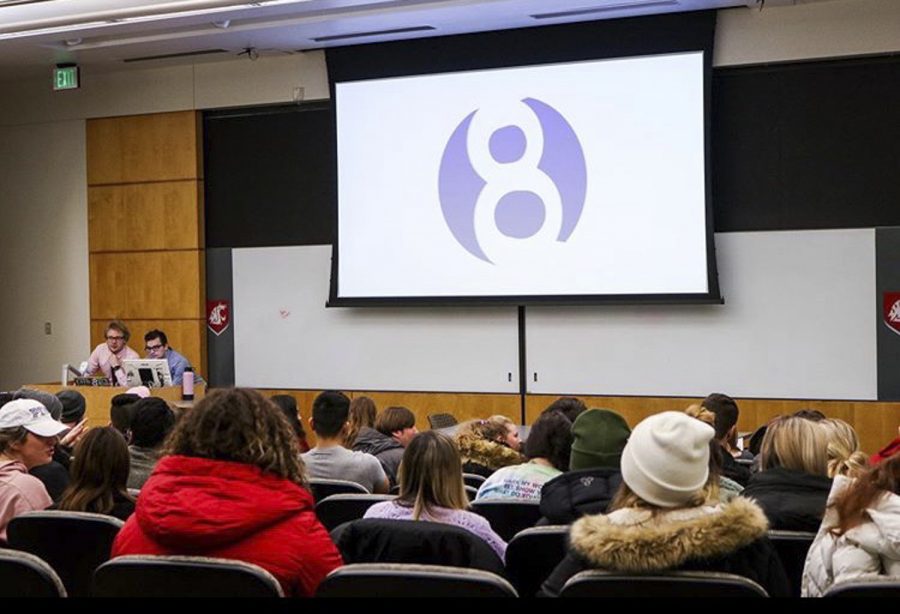 Cable 8 Productions president Ariel Iacobazzi said the organization began in 1986 as a place for students to produce, direct and act in shows that would run on the local television station.

Virtually shooting and creating TV shows and YouTube videos may seem close to an impossible task. However, Cable 8 Productions is still moving forward this fall.

Cable 8 Productions is the student-run television station at WSU and has been around since 1986. Cable 8 creates a variety of shows that are directed, produced and performed by WSU students, said Ariel Iacobazzi, Cable 8 president.

Cable 8 normally has table reads, scene shoots and editing in person. However, due to COVID-19 restrictions, that looks a little different than it has in years past. Everything is done virtually this year, Iacobazzi said.

“We are no longer doing any in-person anything for Cable 8,” Iacobazzi said. “As far as shows go, only producers and directors can be in the edit bays editing the content they are making.”

The student journalists are being cautious when it comes to participants being in the Cable 8 facilities and have been thorough with cleaning after all uses. If someone comes down with COVID-19, they want to be diligent with contact tracing, Iacobazzi said.

With all of these restrictions, many of the students had to get creative when it comes to earning credit and creating content. Some students are choosing to write scripts and do table reads over Zoom, while others are creating shows using Sims characters, Iacobazzi said.

Special projects, which feature videos on the community, students and sports, also experienced changes this year. Students are now conducting all interviews over Zoom compared to the past when interviews were almost all done in person, said Asia Fearrington, Cable 8 vice president of special projects.

With sports  taking a new approach this semester, special projects created a sports show called “Unorthodox Sports.” The segment discusses past sporting events and what sports will look like once they return, Fearrington said.

“We’re used to having media passes and being on the sidelines, but that just wasn’t going to be possible with the way COVID is going this fall,” she said.

Fearrington said she has been in close communication with the content creators for special projects to make sure they will be successful in Cable 8 this year. The shows’ first videos premiered Oct. 4 on the Cable 8 Productions YouTube channel.

Cable 8 has always been such a hands-on experience, which can be challenging to mimic through a screen. All participants have had a lot of enthusiasm and creative ideas to keep the organization alive this semester, Iacobazzi said.

“I am really excited about the people I get to work with because I consider them to be a resilient group,” Iacobazzi said. “Considering the circumstances, the people stuck with it have done a great job so far.”