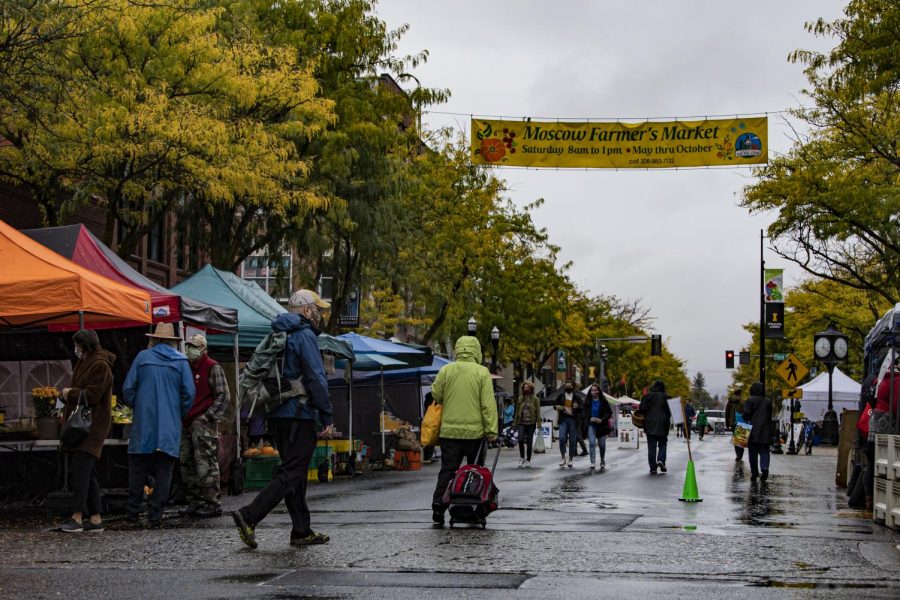 Both Marcie and Jim Taylor, vendors at the Moscow Farmers Market, witnessed the market win several awards since they started selling more than 30 years ago.

The Moscow Farmers Market is known for its extensive list of vendors, ranging from local cheeses, pastries, bright floral arrangements and more. This year, the market ranked 11th in being the best farmers market nationwide.

Amanda Argona, Moscow community events manager, said the community showed great support for the market on this year’s poll. However, there is no certainty that only people from the Palouse voted for the Moscow market.

“The American Farmland Trust holds a voting process every year nationwide,” she said. “Anyone eligible to vote on the poll could have voted for us.”

The top three farmers markets receive prize money, so Moscow’s 11th rank was not high enough to merit a prize, according to the American Farmland Trust’s website.

This year alone, around 60 unique vendors participated throughout the market season, all of whom had to attend a vendor orientation in April, Argona said.

Marcie and Jim Taylor own the longest-standing, non-produce cart at the market: Taylormade, which sold jam and baked goods.

“We’ve worked the market for over 30 years,” Jim Taylor said. “It’s at least tripled in size since we got here.”

“[Moscow] has always been really good to the Tonnemakers,” he said. “I’ve worked this market with my family for my whole life.”

The Tonnemakers are from Royal City, Washington, but they bring their produce across the state border to Moscow most weekends during market season.

“We currently have about 70 percent of the business we would expect in a normal year,” Tonnemaker said. “I think that’s about all you can hope for during a global pandemic.”

The Tonnemakers and the Taylors said they recall several similar awards given to the Moscow Farmers Market in the past. They also agree the market deserves special recognition for the immense amount of support it receives from the Palouse region.