Hype, panic behind fraudulent ballots is unfounded; everyone is entitled to the right to vote 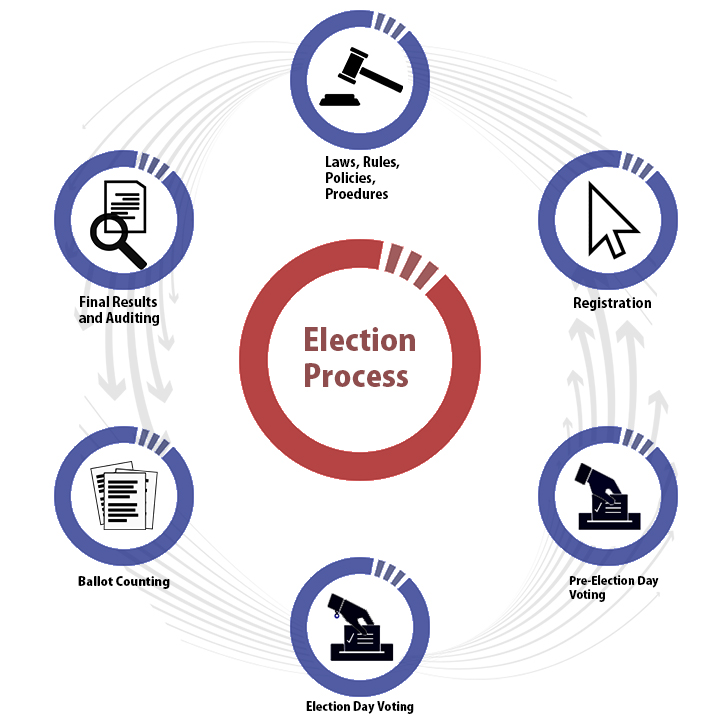 Voting by mail ensures that everyone can make their political voices heard.

Every American citizen has a civic responsibility to vote and let their voice be heard. Because it’s a presidential election year — especially in the middle of a pandemic — the ability to vote safely is more important than ever.

The safety of voting has been a multi-faceted issue amidst the COVID-19 pandemic and the push toward voting by mail. On one hand, voting in-person could be an issue, because spreading COVID-19 amongst voting stations is not an outlandish assumption. There are also concerns over voting by mail, such as potential voter fraud, and ballots not being filled out correctly.

Some states including Washington have been a vote by mail state in previous elections, and all registered voters are sent ballots automatically. In other states, voters must request a ballot to be sent to them.

“There are all sorts of measures in place to make sure that the ballot is [sent to the right person]. Every ballot that is sent out has a barcode on it, so they track it,” said Cornell Clayton, director of WSU’s Thomas S. Foley Institute for Public Policy and Public Service. “They track where it’s delivered and coming back from.”

Concerns about voter fraud are exaggerated, and there are systems in place to ensure that the correct ballot is sent to the correct person.

The fear of voter fraud should not stop Americans from voting and turning their ballots in on time. Voting is one of the most important things that we can do to uphold our democracy.

“Higher voter turnout and people being more involved in voting is valuable because it ensures that the policies that go through, that the people who are elected into office are more directly held accountable by the electorate,” said Don Cooper, doctoral student in political science.

Voting is the only way that we can have our voices be heard as U.S. citizens. Taking the responsibility seriously and voting for whichever candidate or policies will be in our and America’s interest must be done with utmost authenticity.

The Electoral College has been a hot topic recently as questions arise about how democratic it is. Sometimes, candidates can win the majority of the votes but lose the election. This is because of the Electoral College and the opposing candidate winning more electoral votes, like in the 2016 presidential election.

“Almost all states just say ‘Whoever gets the popular vote gets all the electoral votes from our states as well,’” said Joshua Munroe, doctoral candidate in political science.

“The interstate compact [is] when each state says for themselves ‘Whoever wins the national popular vote, that is who we are sending our electoral votes to, no matter what our state does personally,’” Munroe said.

The interstate compact would increase the chances of keeping the presidential election a truly democratic process — whoever gets the most votes would win the election. It might also inspire more people to vote in states where their vote might not have really mattered in previous elections.

Voting needs to be done by everyone who is eligible, period. It does not matter where your views stand on the political spectrum, vote in every election and primary and make your voice heard.

Voting by mail is a great way to do this during the pandemic. Avoiding the long poll lines will lessen the chances of contracting COVID-19, and your ballot will be safe in the mail.