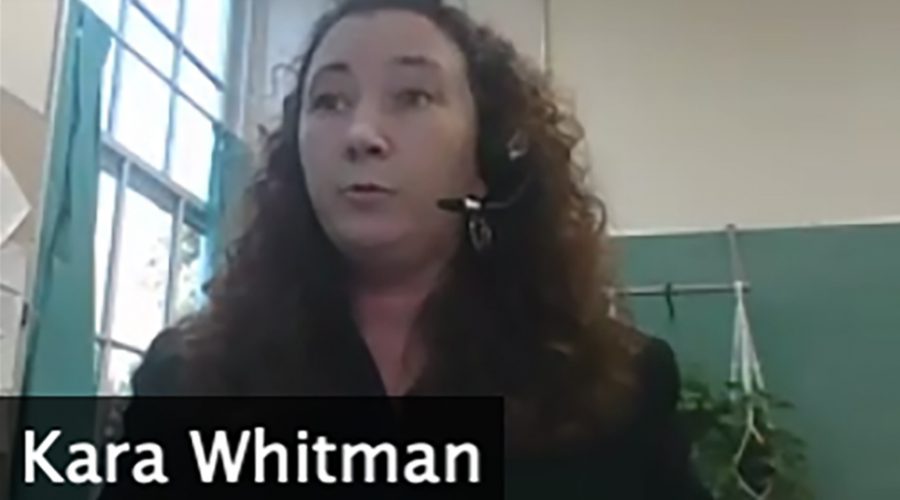 There are several different routes that can combat climate change, said Kara Whitman, instructor for WSU’s School of the Environment.

There are areas of the Arctic where a boat can be sailed through, said Von Walden, professor for WSU’s Department of Civil and Environmental Engineering. The melting of Greenland, which is in the Arctic, is a significant contributor to climate change.

The Arctic region was the first place where changes were seen, he said.

In the western U.S., there are more wildfires and they are larger, he said. The fires from California generated so much smoke it was seen in Europe, Walden said.

“If the [smoke] index gets over 500 [parts per million], it is beyond the EPA scale for human health,” he said.

There are several different routes that can combat climate change, said Kara Whitman, instructor for WSU’s School of the Environment.

The climate change policy focuses on mitigation and adaptation, she said. The proposed solutions are innovating technology, putting a price on carbon, changing human behavior and creating a new economic system.

The goal is to make energy more efficient, she said. Sixty-three percent of the energy for residential, industrial and transportation use was wasted in 2019, according to the U.S. Energy Information Administration.

“There is a lot of concern over how we are going to meet the demand,” she said. “Are we going to add energy sources or address the inefficiencies in the use of energy?”

Climate change affects all of us, said Deepti Singh, WSU Vancouver assistant professor in the School of the Environment.

Louisiana had one of the strongest hurricanes it has had in over 100 years, she said. A warmer atmosphere can hold more moisture and moisture fuels these storms.

“Each of these events will likely impact communities around the world,” she said. “Our first responders are experiencing anxiety and post-traumatic stress disorder.”

There are people and animals who will be displaced for years because of the fires, Singh said.

Wildfires and hurricanes are worse because of a one degree Celsius increase, she said. Changing to energy-efficient devices and conserving energy in homes helps.

Humans are not understanding climate change because they are static thinkers and their thoughts are fragmented, said Chuck Pezeshki, professor for WSU’s School of Mechanical and Materials Engineering and owner of the blog Empathy Guru.

“We live in a trauma-soaked environment and we need to start connecting with other people,” he said.

By having discussions with other people, the brain becomes more complex, he said. This is what is needed to come up with new ideas to solve climate change.