Driver was not injured; damage to building is cosmetic 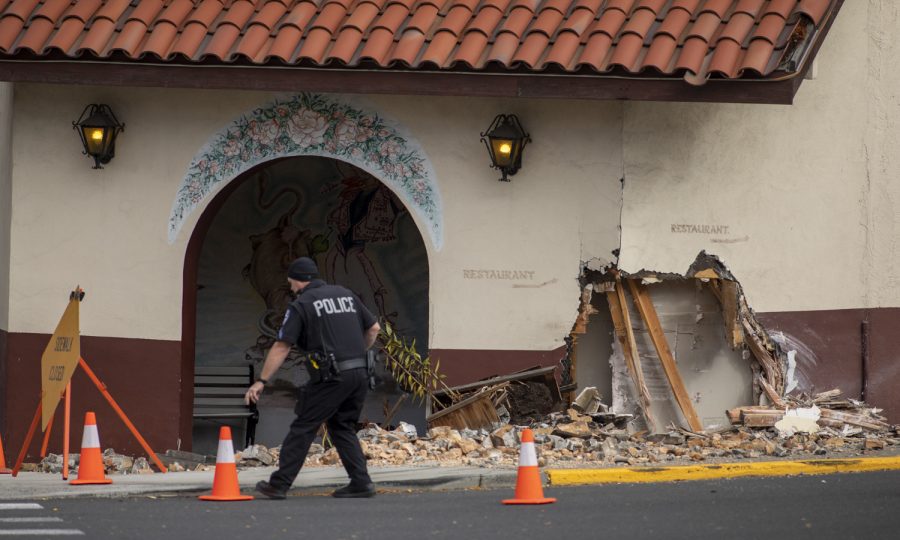 A Pullman PD officer moves a cone in front of Rancho Viejo after a semi-truck collided with the front of the restaurant Wednesday morning.

A semi-truck trailer collided into the front of Pullman restaurant Rancho Viejo Wednesday around 7:30 a.m.

The building was empty at the time of the crash and the driver was not injured, said Pullman Police Cmdr. Jake Opgenorth.

The driver was turning right from Grand Avenue onto Paradise Street when the trailer swung wide and hit the building, he said. The driver reported to police that a component in the trailer towing system malfunctioned.

The truck was a commercial vehicle with a trailer for hauling equipment, which was empty, Opgenorth said. The truck and trailer were inspected by a Whitman County Sheriff deputy.

Pullman Police is conducting an investigation with assistance from the Sheriff’s Office, he said.

City building inspectors determined the damage is cosmetic, and there is no structural damage to the restaurant, Opgenorth said.

Rancho Viejo will be open for the rest of the day and is operating like nothing happened, said employee Pedro Rodriguez.