A journey to find home again 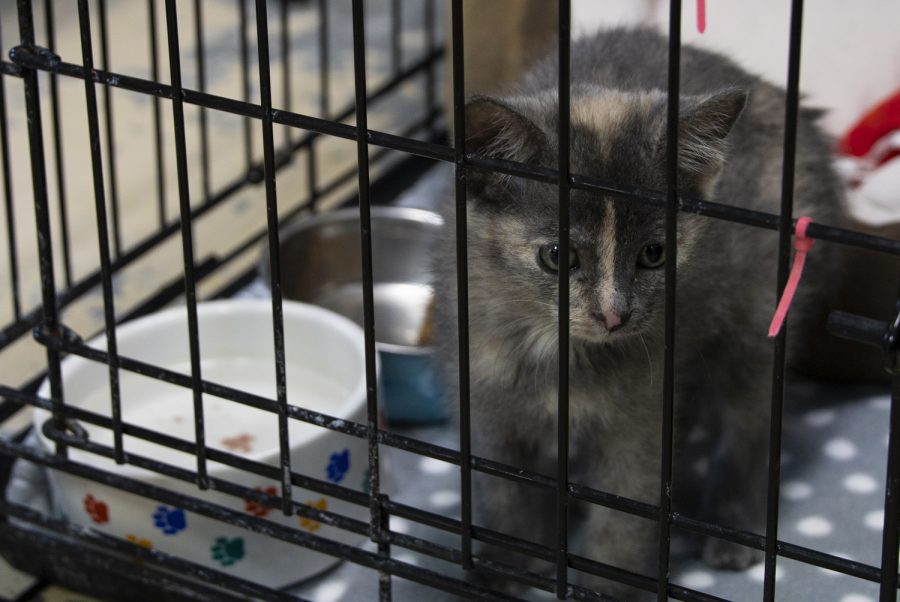 The Whitman County Humane Society is treating seven cats for minor burns. The nonprofit received several donations from the community.

The Malden fire more than a month ago left several families stranded. However, humans are not the only ones in need of a new home.

Eight cats were taken into the Whitman County Humane Society a week after the fire with burns. Seven of the cats have been recovering well, but unfortunately, one cat faced burns too severe to heal and had to be put down.

A Malden field bunny also had some minor burns on its behind and legs, but the Humane Society was unable to catch him. The bunny recovered on his own and is doing okay, said Annie Lindsey, WCHS foster program director.

“People were very quick to donate in the time of emergency,” Lindsey said. “All the donations went towards the medical expenses of the injured animals of Malden, as well as some strays here in the shelter.”

Some of the items donated consisted of blankets, animal beds and dog food, Lindsey said.

WCHS worked hard to help the burnt cats, she said.

“It’s something our staff hasn’t seen, so it’s been a little of a shock for everyone,” said Ashley Phelps, WCHS director of shelter operations.

Burns are tedious to treat, as burn wounds heal from the inside out. Two kittens and two cats had severe burns on their paws and had to have their bandages and creams changed every other day, Lindsey said.

The two kittens took longer to heal than the cats, as their toes began to fuse together during the healing process. Some lost claws, but no longer need bandages and are doing much better, Lindsey said.

The skin has fully healed on many of the cats, and the fur is starting to grow in.

One of the cats brought into WCHS, Fringe, was a feral cat from Malden and had very minor burns that healed on its own. Fringe found a home as a barn cat.

“Malden has about three litters of kittens born in the wild a year, and they are fed but do not have any official owner,” Phelps said.

One of the cats in the humane society’s care has an owner and will be picked up when fully healed, but the other six have not been adopted.

“Those cats are not claimed, and legally belong to us now,” Phelps said. “Once they are fully healed, we will post them on our website and Facebook for adoption.”

As many of the cats were strays, some may need specific homes based on their needs, Phelps said.

WCHS also took in four kittens Tuesday night that are about five weeks old. They are being cared for, and will also be posted for adoption when they are ready, Lindsey said.