Machines pulverize drywall, press into blocks; calcium sulfate can be problematic in landfills 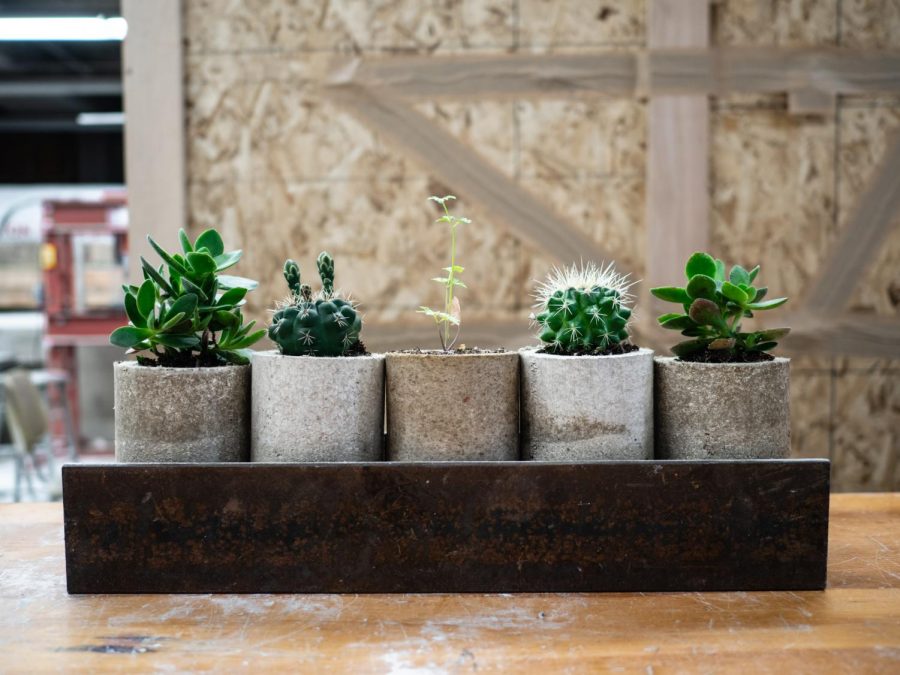 Two professors in WSU's School of Design and Construction are recycling drywall to address an environmental problem.

Two WSU professors invented a process to recycle drywall into blocks, which can then be used for construction projects.

Drywall is a common building material made from the mineral gypsum, also known as calcium sulfate, said David Drake, scholarly assistant professor in the WSU School of Design and Construction.

Ten to 15 percent of the material is usually wasted when it is cut and used in buildings, Drake said. When drywall is disposed of in a landfill, bacteria in the soil break down the calcium sulfate and release hydrogen sulfide gas, which can cause foul odors and human health problems.

Taiji Miyasaka, professor in the School of Design and Construction, said they are talking to professionals in different fields to spread awareness about drywall waste and get feedback about their recycled product.

The market for recycled drywall is limited, Drake said. Some of the waste can be used as agricultural fertilizer or in cement production, but very little is used to make new drywall.

Most drywall recycling involves removing paper from the outside of the material, which requires large machinery, Miyasaka said. Their process involves pulverizing the whole thing, including paper, and compressing it into a block.

“We ground up some drywall in the easiest way possible,” Drake said. “We really squished some stuff as quickly as we could, just to see if there was any merit in the idea … then went from there.”

The blocks are better suited for interior building, such as aesthetic and textural features, instead of as an exterior load-bearing material, Drake said.

Miyasaki and Drake received a two-year grant to prepare a prototype for the industrial market, Miyasaki said. As part of this project, they will work with DTG Recycle, a construction waste management company.

Though other people have explored different ways to reuse drywall, it is not currently being recycled in this way, Miyasaki said.

“We’re not engineers, we’re not businessmen, we don’t have PhDs,” Drake said. “We’re basically designers who came up with this crazy idea.”