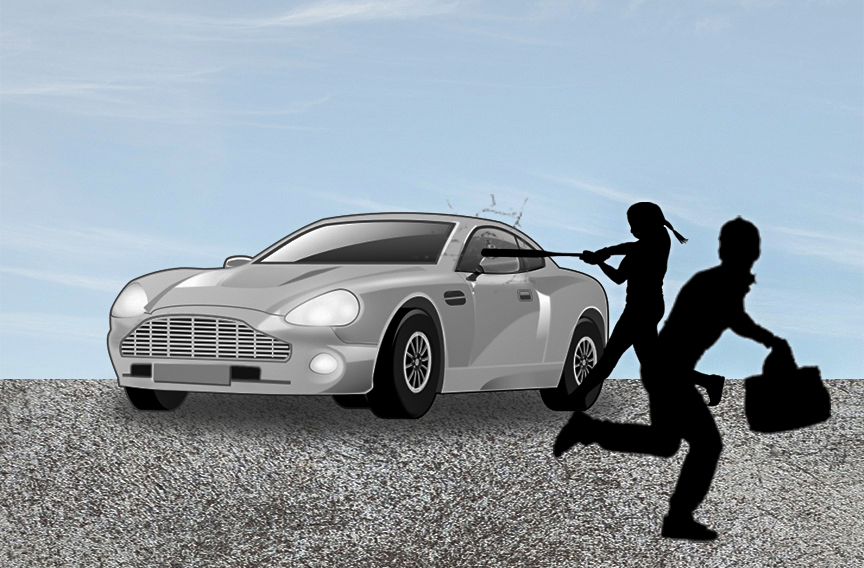 The thefts are all similar to each other. The passenger window is broken into, and if there is a purse, wallet or any other valuable item in the car, it is taken.

The Pullman Police Department identified a person of interest following several incidents of items being stolen from cars, including wallets and other personal items.

“We have a person of interest based on a surveillance picture that was put out on our social media,” said Pullman PD Cmdr. Jake Opgenorth.

The thefts are all similar to each other indicating that they may all be connected, Opgenorth said. The passenger window is broken into, and if there is a purse, wallet or any other valuable item in the car, it is taken.

The thefts began Sept. 11, and there have been 14 incidents since then, he said.

“There have not been any new car prowls since Oct. 13, so I hope our social media presence may have strayed somebody away,” Opgenorth said. “We are still investigating though.”

The most recent thefts were reported Oct. 13 on Maple Street. It is likely these happened on Oct. 12, but they were reported the next day, he said.

Thefts have also occurred on Merman and Northwood drives, as well as Howard and Oak streets, Opgenorth said.

Theft from motor vehicles is classified as a felony, he said. The Whitman County Prosecutor’s Office will file charges against the suspect if there is enough evidence.

It is likely the person of interest was injured during the car thefts because blood was found on one of the cars, Umbright said. No one else has been injured.

Similar thefts occurred in the summer, but the suspect for those was caught, he said.

Umbright said residents should remove valuable items from their cars because most vehicles that were broken into had those items visible.

There is also an increase in theft in apartment land, he said. Residents should lock their apartments before leaving.

The majority of crime has been down in Pullman since the pandemic began, Opgenorth said.