Student moved from Ghana to WSU for graduate school; wants to become professor 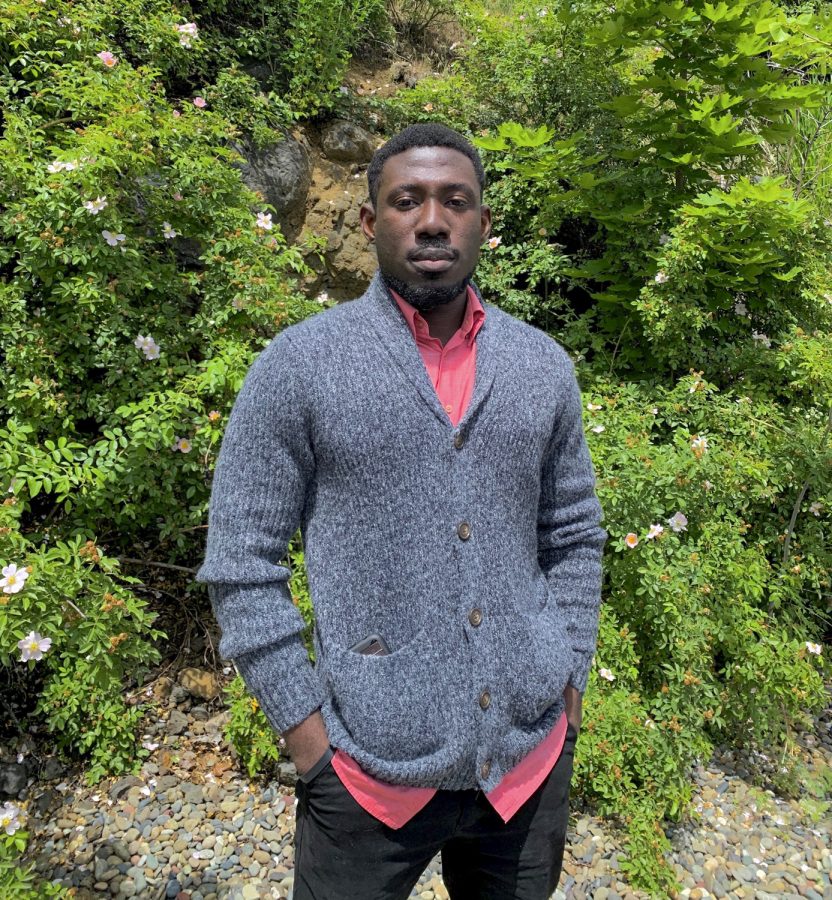 Seven-year-old James Owusu Asare sat in his family’s home writing lines of poetry — a hobby he has continued to work on.

Asare’s father was an English teacher and taught him to read at a very young age, he said. Asare was born and raised in Accra, Ghana.

He said Ghanaian culture is family-orientated, so it’s common for a parent to pass their interests to their children.

By age 15, Asare realized he had a special ability in poetry and began to take it more seriously, he said.

Asare, now a second-year doctoral student at WSU, said he only decided to study math because it was his weakest subject as a child.

He attended Kwame Nkrumah University of Science and Technology in Kumasi, Ghana.

It was because of one professor that Asare’s interest in WSU was sparked, he said. Professor Bala Krishnamoorthy teaches mathematics and statistics at WSU’s Vancouver campus. He specializes in researching computational topology, biomedical informatics and geometric measure theory.

Asare reached out to Krishnamoorthy, and they began communicating about Asare’s academic career. Shortly after, Asare moved to Pullman to earn his doctorate in mathematics.

Although Krishnamoorthy works at the Vancouver campus, he and Asare are in regular contact. He now works as an adviser to Asare.

Krishnamoorthy said he knows Asare as a strong and sincere worker.

“James makes his daily schedule down to half an hour time slots,” he said.

Asare has a bright image of his future; he wants to be in two places at one time, he said. He wants to be a professor to show others the power of math and engage in the mathematics community by helping with industrial projects.

At WSU, Asare has continued to develop his interest in writing poetry. He reached out to Basheera Agyeman, a Ghanaian and WSU alumna. Agyeman is a poet, writer and scholar in ethnic studies. Agyeman put Asare in contact with Bryan Fry, a WSU professor in creative and professional writing.

Fry has been a mentor to Asare, who has inspired and pushed him in the right direction with his poetry, Asare said.

Through Fry, Asare was able to get in contact with Kwame Dawes, who is Asare’s favorite poet. Dawes has opened new doors for Asare by introducing him to an array of poetry styles and famous poets. Dawes taught Asare to continue studying academic poetry and find his style, Asare said.

Asare sees poetry as only a hobby, he said. Today his repertoire includes over 300 poems.

A poem written by Asare:

I met her today in the abyss of my dreams

An upper echelon she called it,

She was blank on the face with no emotions to show

Simply gorgeous, she was the reason I had butterflies in my chest

Her rubric hair flowed down with tenets of Ma’at

Since she wouldn’t tell me her name

I resorted to guessing, for her art deserved a name for dimming the stars So I whispered “epiphany” and she instantly became a pillar of salt

I had met my muse in person, in a place where we could only speak face to face She froze to leave a tattoo of remembrance on my mind

To remind me that no matter what the future holds, no matter the distance I travel, she will still be my number one!