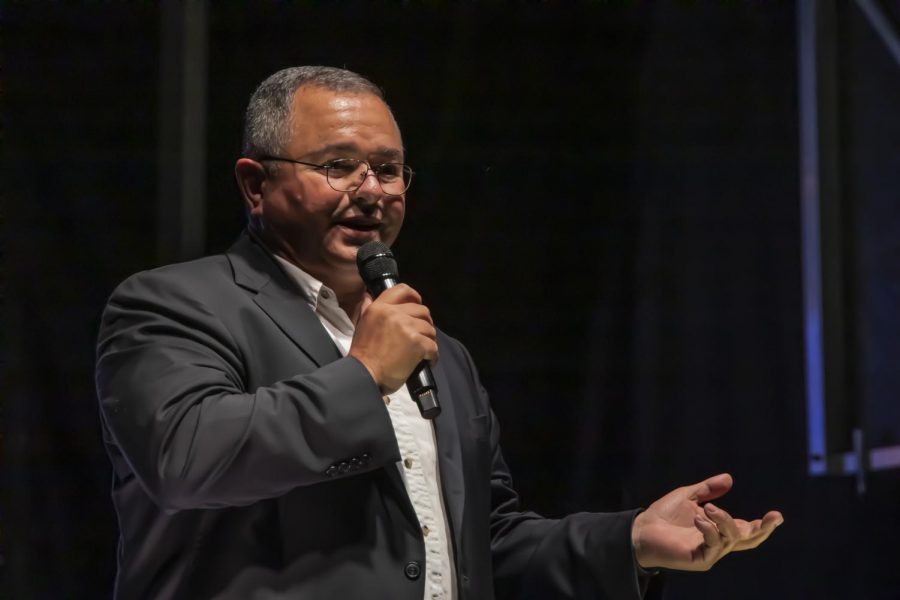 Republican gubernatorial candidate Loren Culp spoke at a rally Tuesday night. He does not support a comprehensive sex education bill that is on Washington ballots this election. He also does not support a law that places restrictions on the purchase and ownership of firearms.

Republican gubernatorial candidate Loren Culp discussed his decision to run for Washington state governor, which began with a statement he issued about Initiative 1639, saying he will not be enforcing the initiative, during a mask-optional “Victory Protest” held Tuesday night in Pullman.

Culp currently serves as the City of Republic police chief. A lawsuit against Culp alleges he mishandled a child sexual abuse case and intimidated the underage victim, according to a Seattle Times article.

Initiative 1639, which will appear on the ballot, places restrictions on the purchase and ownership of firearms. These restrictions include raising the legal purchasing age of semi-automatic rifles to 21, requiring background checks and 10-day waiting periods, and requiring adequate firearm storage in households.

Culp released a statement after I-1639 passed, detailing that the Republic Police Department would not “infringe on a citizen’s right to keep and bear arms.”

If a criminal broke into a civilian’s home, stole their firearm, and committed a crime with it, the homeowner could be charged with a felony, Culp said to the crowd of about 100.

Culp is currently trailing incumbent Gov. Jay Inslee by 16 points, according to the Northwest Progressive Institute.

“I have two young girls. If you try to sexualize one of them, you are liable to leave with a couple of holes you weren’t born with,” Gergen said.

The comprehensive sex education bill requires public schools to offer gradual sex education from K-12th grade. The units are tailored to the respective grade levels. Education ranges from social and emotional learning for grades K-3, to affirmative consent and bystander training for grades 6-12. It also offers an opt-out option for parents who do not want their children to receive this education.

Inslee mishandled the protests that occurred in Seattle, Culp said, by sending them unarmed. Inslee deployed the National Guard after the City of Seattle requested the action to protect property from being vandalized.

“He sent our young men and women into a violent situation without the means to protect themselves or other people,” Culp said.

Culp said Inslee failed to call for a special session of the state’s congress to discuss the COVID-19 pandemic. Culp said Inslee did not call Republicans in Congress back but instead would sit in the governor’s office and dictate public policy without oversight.

Inslee said he did not call a public session because of a lack of consensus between state legislative leaders, during a press conference on June 17, according to a Nisqually Valley News article.

“We the people are speaking this year,” Culp said. “We are taking the state back and returning it to the people.”