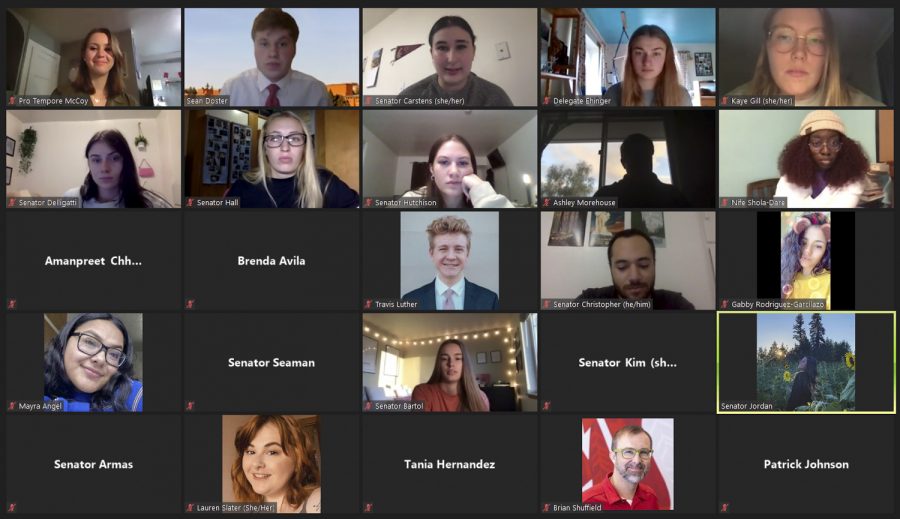 Senators unanimously voted to keep stadium fee because it goes to debt service.

ASWSU senators unanimously voted to keep the technology fee at $20 per semester and stadium fee at $25 per semester.

Senator Kathryn Carstens presented some of the projects funded by the technology fee. These include installing Wi-Fi for the WSU Air Force ROTC as well as software for the Center for Civic Engagement. The WSU Libraries will also use funds to buy new public computers.

“They are very old computers and they are on pace to use 100 percent of [the allocation],” Carstens said.

Other projects include Frank Innovation Zone (FIZ) makerspace modernization for the Voiland College of Engineering and Architecture, which will be complete in November.

If ASWSU were to lower the fee, it could potentially put $1 or $2 back into the pockets of students, but this would be at the cost of some projects. The technology fee results in about $650,000 for these student groups, she said.

Funds not used from one semester roll over into the next, Carstens said.

“So this money does not disappear, it continues to help students and continues to better our campus,” Carstens said.

ASWSU also approved the stadium fee, which would go toward WSU Athletics to maintain and repair Martin Stadium.

“This fee is only for debt service and strictly goes to paying off bonds,” ASWSU Vice President Sean Doster said.

The senators also unanimously voted to change language in the bylaws in regard to the ASWSU Finance Committee. The changes were presented by Committee Chair and All-Campus Senator Dylan Seaman.

Changes include the addition of the finance chair to attend and take attendance at each committee meeting or find an alternate to do so. Another change is appointing two members from the finance committee to sit on the Crimson and Gray committees, as well as work with that committee to initiate and review funding transfer requests.