Rally falls short: Cougars fall to Cowgirls on the road 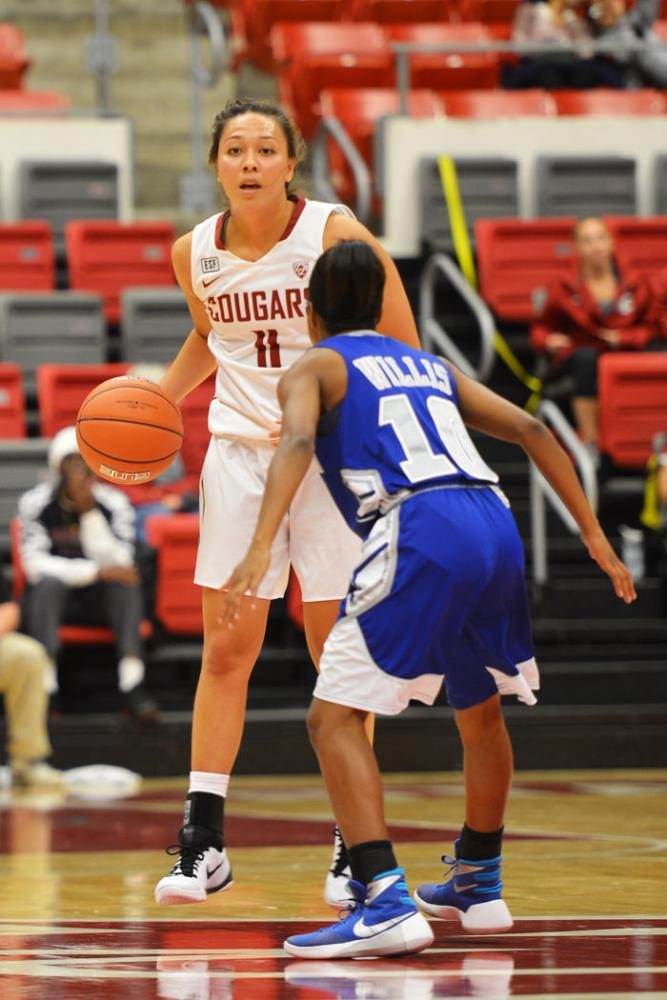 Senior guard Dawnyelle Awa dribbles the ball while looking for a teammate to pass to during a game against Hampton in Beasley Coliseum, Nov. 16, 2015.

Sophomore guard Pinelopi Pavlopoulou cut the Oklahoma State lead down to seven with 58 seconds remaining in the game, but the Cougars were forced to foul the Cowgirls, who converted three of their final five free throw attempts to seal the 70-60 win over WSU.

Oklahoma State went on a 9-0 run in the closing minutes of the third quarter, after the Cougars cut the lead to three with 5:22 remaining in the quarter. After their run, the Cowgirls let their lead slip below double figures for just more than one minute.

The Cowgirls jumped out to an early 8-3 lead just more than four minutes into the game. The game went back and forth for much of the first half following the early lead. Hristova knocked down a three and sophomore center Bianca Blanaru finished off the first half with a layup, to give the Cougars the 34-33 lead.

The second half belonged to Oklahoma State, with a significant amount of its points coming from the free throw line. The Cowgirls converted 20 of 31 attempts from the line, while WSU managed to make 9 of its 13 attempts.

Hristova was the only Cougar to score more than eight points. Senior forward Mariah Cooks scored seven and freshman guard Alexys Swedlund added six of her own off two three-pointers.