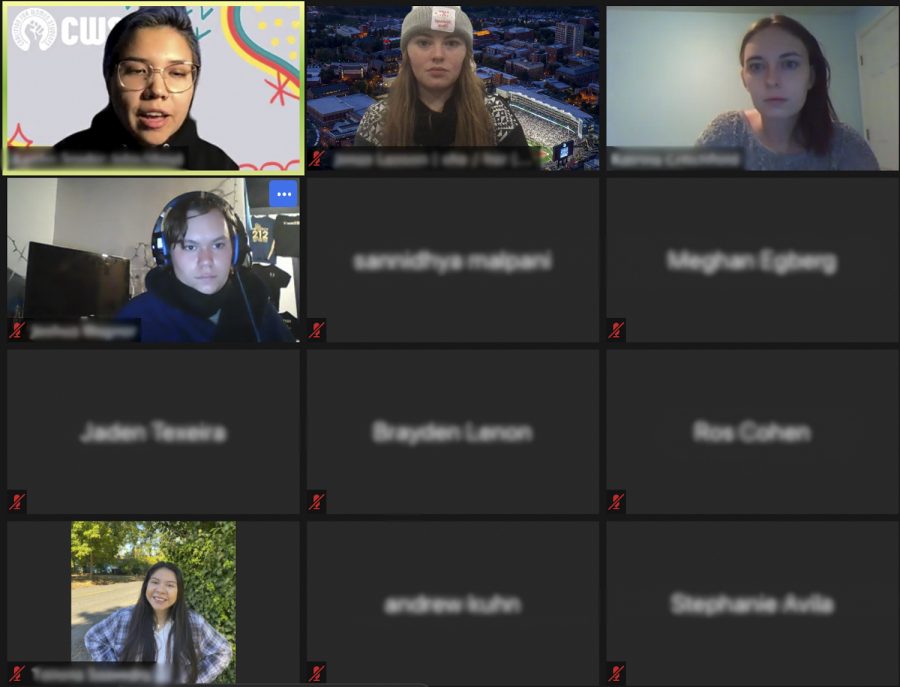 Rape jokes are popular on television and in movies, but these jokes can cause people to think rape is less serious because people are laughing at it, speaker says.

There could be a decrease in rape culture if people assess their daily lives and relationships, said Katrina Critchfield, coordinator of sexual assault services at Alternatives to Violence of the Palouse. Rape culture begins with sexist or problematic comments and objectification.

Rape jokes have become popular on television and in movies, Critchfield said.

“The point of talking about this is that there is evidence that this may increase the incidence of rape,” she said. “It can lead to a decreased view of rape being serious because people are laughing at it.”

Critchfield said the media portrays women as property, prizes or valuable objects. These associations are communicated to people of all ages. For example, the media sometimes portrays a man pursuing a woman who repeatedly says no.

Men and women have assigned gender roles in society, Critchfield said. Men are supposed to play sports while women are expected to bear children and wear makeup.

“These gender roles can be suffocating, and this can lead to aggressive behavior towards people who do not follow gender roles,” she said.

Men can be possessive of a woman they are in a relationship with, and this entitlement can lead to violence, she said.

Critchfield said rape statistics indicate leniency in the legal system. Less than half of rapes were reported from 2005-2014 in the U.S.

“Only 3 percent of rapists spend a day in jail, and very few perpetrators are sent to jail or see any ramifications,” she said.

These statistics could increase the likelihood of a sexual offender to sexually assault someone because few assaults are reported, she said.

Sexual assault is not inevitable, and prevention starts with community action, Critchfield said.

She suggests having discussions with people who make sexist or rape jokes to hold them accountable, and not watch shows that include that language, she said.

Be supportive of survivors, and if someone needs help, ask them what they want to do and let them know they are cared for, Critchfield said.

ATVP is open 24 hours a day and 365 days a year, she said. People can also use WSU’s resources, including WSU counseling and the WSU police department.