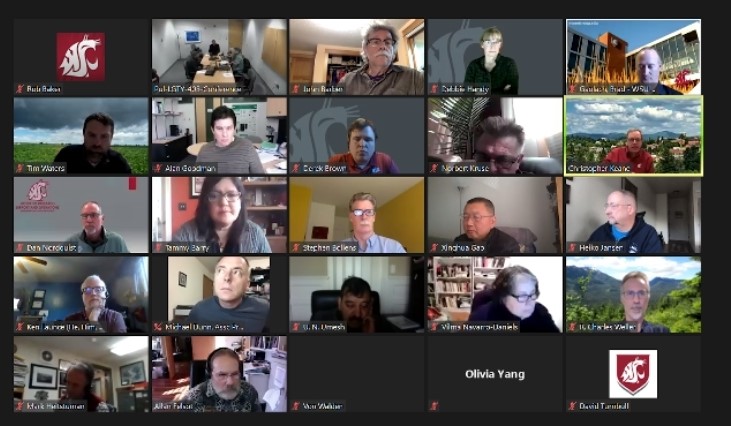 Faculty Senate voted to reject a change in the rules when students drop courses. If approved, a student who already had a grade in a course would have needed the instructor’s approval to drop the class.

Faculty Senate unanimously voted to reject a change in the rules when a student drops a course during an Oct. 22 meeting.

If approved, a student who had a grade in a course and wanted to drop it would have needed the instructor’s approval to drop the class.

Julie Akers, associate professor of pharmacotherapy, said the new COVID-19 grading system allows students who are failing a class to ask not to have that class show up on their record instead of receiving a failing grade.

Akers said she wants to ensure that students will not advance to a higher-level class without passing the prerequisites.

While the class would not show up on the student’s record, it also would not allow them to progress to a higher-level class, said Deborah Handy, associate clinical professor in the Department of Human Development.

Faculty Senate discussed a new credit limit for students that The Academic Affairs Committee approved Oct. 13. A typical schedule includes 15 or 16 credits, but it is recommended not to take more than 18 credits.

The committee decided that students will now need written approval from their adviser when they want to enroll in 23 or more credits.

“There were some things that were in practice, but they weren’t necessarily a rule,” Handy said. “We’re trying to consolidate a lot of those things into rules for consistency.”

Charles Weller, clinical assistant professor of history, said that WSU email should be on other email programs alongside Outlook.

Outlook works with a system to protect information if someone’s device gets lost, said David Turnbull, WSU professor of music and member of the search committee.

“Email is our biggest security risk at the university,” he said. “It costs us the most money.”