OPINION: Countdown to the 3rd: An appeal to heaven

The final debate teaches us a valuable lesson; the boys do some sound bites 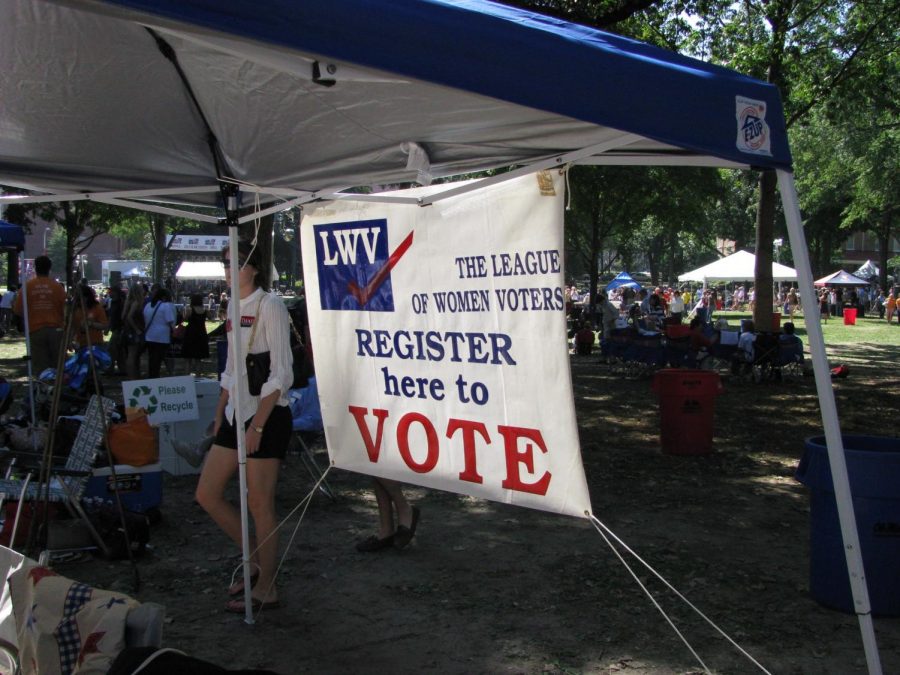 The final presidential debate served as an example of how skewed and flawed the elections are.

It’s 2020. Debate and discourse have been replaced by buzzwords and GIFs. In this burgeoning meme economy, the crown goes to He Who Is Quotable In Seven Seconds Or Less.

As such, tonight’s debate was split up into soundbites — chunks of information rendered eminently quotable by teams of researchers and lanyard-wearing interns. Had I kept a tally — and I didn’t — the snappy quotes and “epic burns” would have spanned pages in my beat-up, whiskey-stained Moleskine.

Ye Gods, television was a mistake. Philo T. Farnsworth should have been quietly dispatched by men in black suits and buried in an unmarked grave the second he invented the camera tube. Hell, I’ll take it a step further — man should have never advanced out of his Paleolithic cave. Kaczynski, in many senses, was right, and you can take that to the damn bank.

Thursday’s debate was a lesson to the American people on the power of experimental research chemicals and the seductive influence of wacky hand gestures. I watched this with my roommates. Thirty percent of the time, we were imitating Trump’s and Biden’s Italian-esque hand signals, like they were signaling an imaginary pitcher to walk an imaginary batter.

In their heart of hearts, neither of those men wanted to run for president. Both of them, in one way or another, wanted to be Babe Ruth, pointing for the stadium walls and slamming a home run into the stratosphere.

If I were a dedicated researcher and not a burned-out, incel political science student, I could probably make a convincing argument that precisely 100 percent of political campaigns are motivated by unaddressed daddy or mommy issues. Take Bush, for example — or rather, don’t.

At any rate, this debate was a disappointment. I went in hoping for blood and viscera smeared across the bland blue walls of Belmont University’s debate hall. Instead, I got two septuagenarians desperately trying to smear each other as “the most racist person in the room.” Jesus H. Christ, I can get that at Thanksgiving.

Biden and Trump accomplished that one thing that politicians are theoretically incapable of grasping — learning from their mistakes. It was a comparatively civil, respectful debate in that both candidates adhered to their time and respected the moderator’s efforts to shut them up when they went over.

The mics shut off no more than five times, from my count — it seemed to be some kind of nuclear option, widely publicized but never really used. It’s like when Tylenol announced that their lids were “tamper-proof” after that rash of medicine murders in the ‘80s.

For the most part, the topics were predictable — climate change, immigration, racial tensions. There was more about Ukraine than I would have predicted, spurred on (most likely) by the King Of Crackheads, Hunter Biden, who exudes powerful divorced guy energy and his wacky hard drive antics. Hell, dude, I don’t even keep my computer open when I leave the room to go take a piss, and this man lets some Joe Schmoe do maintenance on it — never mind. As the Lord said, “judge not, lest ye be judged.”

Both Biden and Trump had their share of gaffes, to be sure. One of Biden’s came early on when he said he didn’t want to think of the United States as “red and blue states” and then proceeded to mock red states for having spikes in coronavirus numbers. Regardless of the inherent issues in ripping on red states for higher numbers, the hypocrisy in the statement delegitimized essentially the rest of his argument.

Trump, for his part, relied on Hunter Biden’s ties to Ukraine and Joe Biden’s support of the 1994 crime bill to get his licks in. Boy’s gotta eat. Boy loves his supper.

Each one left a progressively worse taste in my mouth, like biting on aluminum foil. You lick your teeth to rid yourself of the metallic taste, but it all ends up in the back of your throat, acid burning your esophagus with more intensity than the worst heartburn you’ve ever experienced.

Here, without bias and with appropriate context, are some of the best of the worst:

(With regards to why Trump didn’t tell Americans about the coronavirus in January)  “Americans don’t panic.” – Joe Biden (seemingly having forgotten about the Great Toilet Paper Run of 2020)

“[Kim Jong Un’s] a different kind of a guy, but I imagine he feels the same way about me.” – Donald Trump

“He said about the Poor Boys … he said ‘I tell them to stand down and to stand ready.’” – Joe Biden (referring to the Proud Boys, presumably about the time his highly classified blend of Adderall started to wear off)

“No one has done more for the African American community than Donald Trump.” – Donald Trump (I loved the way he referred to himself in the third person for 50 percent of the debate. It gave the whole thing a Sesame Street feel.)

“We’re in for a dark winter.” – Joe Biden (referring to the coronavirus, but also workshopping titles for his gritty Santa Claus origin story film.)

And finally, one of those perfect quotes that stay with you, and one I will be using in the future:

“I am the least racist person in this room.” – Donald Trump (for what it’s worth, Kid Rock was watching that debate.)

No one won because I stopped taking notes. Call it a draw, I guess. Save it for next week’s column where I essentially toss a coin to determine who I think will win 2020.

At the end of the day, these debates are distractions from the fundamental truth: each one of us, middle to working-class, is irrevocably and unequivocally doomed.

The system was never designed to benefit you or me. It was built to accommodate rich pedophiles with Swiss bank vaults full of Krugerrand, not normal folks working paycheck to paycheck and watching “Hubie Halloween” as a welcome distraction from everyday life. (A fantastic movie, by the way.)

If you really want to make a difference this November, don’t vote. Don’t give them the satisfaction. Stay home, spark up that ballot and toss it into the trash. Crank up the latest Tool album (I’m partial to “Pneuma,” myself) and listen to Danny Carey’s weird polyrhythms. Someone will win this election, but it’ll all have been predetermined by whatever sadistic group of hooded Baal worshippers runs the show from behind the scenes.

I know this is all Baby’s First Edgy Political Statement, but I do sincerely mean this. Politics is a rich man’s game, and it chews up the average voter and spits them out like a masticated sunflower seed. You can disappear into the woods, or you can stand in line at the polls and hope to God you’re making a difference, but inevitably, you won’t.

There’s a new Clipping album out. Go check it out. Don’t vote. Tulsi was robbed.