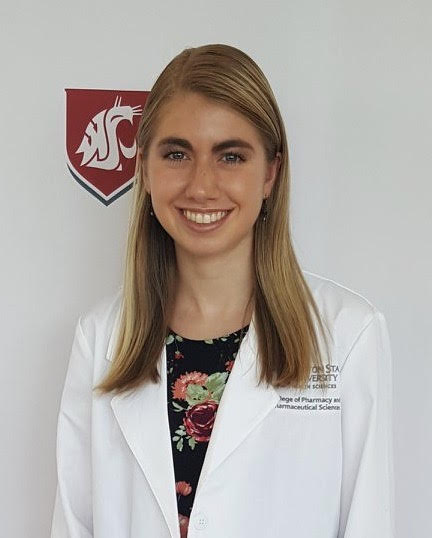 Kayla Leland is a third-year student in the doctor of pharmacy program at WSU Spokane. She said she grew up in Spokane, attended Gonzaga Preparatory School and participated in basketball, cross country and track and field.

Leland said she applied for PRH’s Gaskins Scholars Program Award because she wants to use her pharmacy degree to serve rural areas. She is inspired by the man that it was named for — Bill Gaskins.

Gaskins graduated from WSU, she said. He was a football player and a devout pharmacist who worked for the hospital.

“What I love about pharmacy is being one of the most trusted health professionals,” she said. “I look forward to utilizing all the knowledge regarding medications, counseling patients and administering vaccinations.”

Leland said the WSU College of Pharmacy is great at notifying students about different scholarship opportunities. She will use the award money to help pay for graduate school.

“Minimizing the amount of student debt and loans is so important because I want to help underserved people,” Leland said.

Registered nurse Mark Houghten said he has been in the nursing field since 2012 after completing an associate’s program in nursing.

“I went directly into critical care and had a strong passion for it,” he said. “I enjoy the quick turnaround with critical care patients and being able to identify the problem in someone who is critically ill.”

He said he wants to move forward in his career, and PRH provides a good balance in challenging their staff and offering rewards like the bachelor’s of nursing award.

The third awardee, registered nurse Melissa Brookes, received $1,000 dollars from the hospital. Brookes did not respond to the Evergreen’s interview requests.