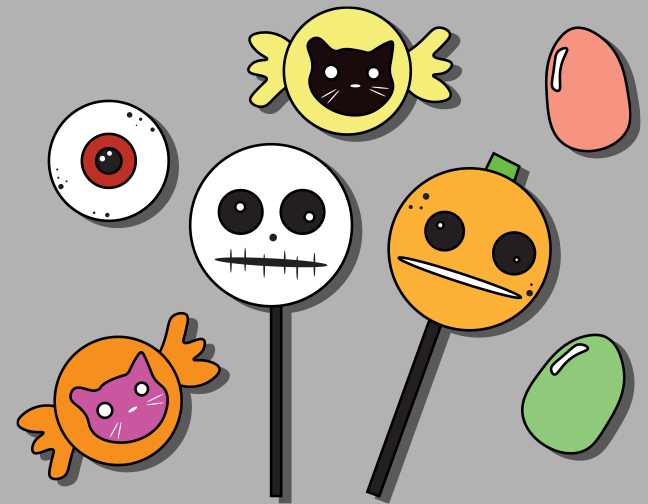 A new list of candy for trick-or-treaters has been released in keeping with CDC standards.

2020 has been one of the most unpredictable and bizarre years of our lifetime. So, what could go wrong on the spookiest night of the year?

One of the biggest topics amongst Americans is always food. We never stop talking about it. Many fear Halloween may not be possible this year and are dying to know what this means when it comes to candy.

The Centers for Distinguished Candies, better known as the CDC, released the recommended candies everyone should be giving out to those who for some reason end up ringing your doorbell this year.

This unusual treat reminds us of one of those nutritious fruit snacks ultra-healthy people hand out for Halloween. This never-before-seen candy was recently released and contains some very unusual ingredients but are safe to eat, according to the packaging. The flavors include sterilized strawberry, clean cherry, antiseptic apple and germ-free grape.

Once the consumer eats these clear-colored gummies, their mouth should instantly be gone of 99.9 percent of bacteria and germs. The packaging did warn consumers may experience a slight burning sensation. It may taste like you just swished mouthwash for two minutes the day of your dentist appointment to make sure you didn’t have yesterday’s lunch still stuck in your teeth.

These gummy snacks are expected to be popular because there’s no guarantee this year’s trick-or-treaters will be taking necessary procedures to protect themselves and others.

“There needs to be a way to avoid spreading the nasty germs,” said Pixie Smartees, candy scientist and co-creator of the gummy candy. “If trick-or-treaters eat a few of these bad boys, they will be on a sugar high, as well as their mouth being disinfected as a recently cleaned at home surface.”

This is going to be one of the favorites for those being vigilant and generous this Halloween. The CDC said many candy companies have packaged 6-foot-long sticks of chocolate to keep the distance this Halloween. They expect this to be extremely popular with the elderly because they can still give out candy at a distance, but they can also use it as a distancing tool.

“I think this a fabulous idea,” local grandma Millie K. Way said. “I love giving out treats to the kiddos, and what a grand way to get them off my porch. I can just push them off with a 6-foot-long candy bar. I could also throw it like my track and field days of javelin, but as long as I do not throw out my shoulder.”

The only problem is the bars may be pricey because, well, it is a lot of chocolate. However, there shouldn’t be much concern if people decide to stay home and skip going around the neighborhood this year. Or many at least think people would.

There were only two candies listed on the 2020 list, and the reason is that these were the only two treats the CDC could agree upon without changing their mind. However, they may change their recommendations randomly.

Instead, some candy enthusiasts decided to buy their own candy this year. Many think candy is going to be in short supply because no one can live without it.

“Ya know, you ain’t you when you are hungry,” Archibald Snickerson said as he was leaving the local store with over 20 jumbo bags of candy in his cart. “All them people ran into the stores and took over the aisles. It gave me flashbacks of the toilet paper scare earlier this year. I had to hunker down in the organic food section because I knew nobody would steal my cart there.”

The only candies still left on the shelves were the infamous candy corn and those turd-like tootsie rolls that look like something you can find in your cat’s litter box.

Many folks had mixed feelings for this upcoming Halloween season and for the limited choices of candy on this year’s list. The CDC said these new safety measures need to be taken if people decide to go trick-or-treating.

This Halloween is going to be a fearful one for sure. For those who are brave enough to possibly be judged by going door to door for treats, may you receive some candy that will help stop the spread.