If you're looking for ghost stories this Halloween, these killers might be good places to start 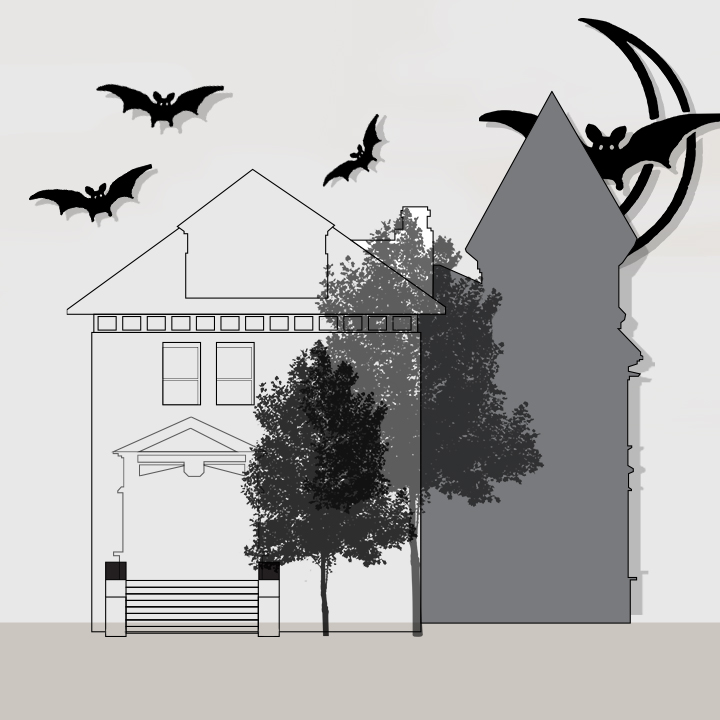 These scary murderers still haunt us today in the form of stories, books and movies.

With Spooktober upon us and shows like “Making a Murder” popular on Netflix, there is no better time for me to share a handful of my favorite historic killers and where you can learn about them. Here are ten historic killers, although there are countless more.

Jack the Ripper was a famous killer who murdered at least five women in London during the year 1888. Jack the Ripper’s murders took place in or around Whitechapel in London’s east end.

The mutilations of the bodies suggested the killer was familiar with human anatomy. The women were disemboweled, kidneys and uteruses removed, but these murders stopped suddenly and never resumed.

Belle Gunness was a Norwegian-American believed to have killed at least 14 people, predominantly men she lured in with the prospect of marriage. Her motives largely appear to be payouts from life insurance.

She was never apprehended and is now the subject of two musical ballads. There is also a La Porte County Historical Society Museum exhibit dedicated to her. She had begun killing after the death of her husband Peter Gunness in a “freak accident” by using an ad in the paper to attract suitors.

It was her romance with Andrew Helgelien, which grew as she sent letters to him over time, that revealed her secret. He had told his brother he would be home within a week when he left to visit Gunness but never returned.

His brother, Asle, found the letters from Gunness and went to find him. She burned her house down, successfully getting it blamed on an ex-lover and ex-farmhand. Asle’s desire to find his brother unearthed the dozens of bodies in Gunness’s yard. While she was originally thought to have died in the fire, this was never confirmed.

The Papin Sisters were live-in maids in France who killed their employer’s wife and daughter. Many plays, films, essays and publications have been made surrounding the Papin case.

The sisters came from a troubled family and were later abused by their employer’s wife. When the wife attacked them, one sister gouged out her eyes. They were found by police later, naked in bed together, and immediately confessed to the murder.

There was a history of mental illness in the family, but it is also suspected that the sisters had an incestuous sexual relationship. Separation from one another caused one of the sisters to fall into a depressive state and starve herself.

The other is thought to have been able to get a job as a hotel maid by using a fake identity after her eventual release. Some believe the murder to be an example of a class struggle and empathize with the sisters.

Lizzie Borden, thought to have murdered her father and stepmother, was charged with double homicide and found innocent. Her stepmother’s head was smashed to pieces in the bedroom. Her father was on the couch in the living room with his face split open.

The Borden murders are immortalized in a rhyme, and the house where they occurred is now a bed and breakfast.

It is widely thought that Borden was acquitted due to the police considering the murder to be a male crime. The inconsistencies in the testimony and the fact she had tried to buy poison shortly before the murders resulted in her innocence continuing to be questioned.

She was eventually determined to be the likely suspect and arrested, a close friend of hers even admitting she burned a dress in the coal stove. Yet she was nonetheless acquitted, citing her good Christian nature and delicate appearance.

The Red Inn Murders, numbering around 50 and including evidence of cannibalism, were committed in France. The inn owners and an employee were convicted only of the murder of customer Jean-Antoine Enjolras. There were also claims the landlady fed bits of corpses to customers, and farmers had seen human hands simmering in pots.

The three were sentenced to death, guillotined in front of a crowd. There are two film adaptations and several books based on the Red Inn Murders.

Delphine LaLaurie’s gruesome crimes were uncovered by arson. An elderly woman set a fire hoping to escape torture. LaLaurie had several slaves bound in the attic when authorities arrived and routinely used the space to brutally torture slaves.

LaLaurie was fined for the death of a young slave girl she had chased off of a roof with a whip. When her torture chamber was discovered, however, a mob formed to protest. She and her husband escaped by boat and did not have to face the mob.

A rebuilt LaLaurie mansion, as hers was destroyed, remains a landmark in the French Quarter today. A fictional version of her can be seen in the series American Horror Story.

The Bloody Benders were a family of serial killers from Kansas. The Benders had a general store with space where travelers could have a meal or stay at night. They are thought to have killed at least a dozen travelers. They were caught after Dr. William Henry York went to look for his neighbor and never returned home, prompting his brothers to investigate.

A trap door revealed a room with dried blood on the floor and a foul odor, but bodies were not found until they disturbed the vegetable garden and orchard. Out of the eight bodies found beside Dr. York’s, all but one had their heads bashed and throats slit.

Mary Ann Cotton allegedly poisoned 21 people with arsenic before her execution. First, her husband and five children died. Then her next husband. Then the child of a widower she worked for. Next, her mother. Another three children died before she was kicked out for stealing from her newest husband.

While still technically married to the prior husband, she married and had a son with another widower. He and two children died by the end of the year.

She was caught following the death of her stepson, Charles Edward Cotton. An official notified the police of his suspicions, and the police found arsenic in the boy’s system. They exhumed the bodies of her last husband and other two children and found arsenic as well.

She never confessed and was hanged for her crimes. There is a television drama about her, as well as a nursery rhyme.

Elizabeth Báthory, also known as the Blood Countess, was infamous for torturing and killing servants and peasants. She had been instructed in Satanism and sadomasochism.

She would jam pins and needles under the fingernails of girls, and her torture methods became more gruesome following her husband’s death. She would bite off chunks of flesh from her victims and is thought to have believed human blood would keep her youthful.

Her crimes were ignored until daughters of local nobles were found among the victims.

She was tried and convicted for 80 counts of murder but not executed. She was confined in a room where she was provided food, surviving for three years. There are a few films and dramas regarding Báthory, and the stories were verified by a few hundred witnesses at the time.

H.H. Holmes is recognized as one of the first serial killers in America. The exact number of his victims is unknown, but he started off stealing cadavers to commit insurance scams.

He built a hotel through several contractors, blueprints including doorways opening to brick walls, windowless rooms, two furnaces and body-sized chutes to an incinerator.

He killed his partner in crime as part of another insurance plot but was brought to justice when another criminal ratted him out after Holmes failed to pay him what was promised.

The police had a warrant for Holmes as he had stolen a horse in Texas, which caused him to confess to the insurance scams but not murder. Due to the condition of the body found, Holmes was convicted of murder as well.

He was sentenced to death and, per his request, was buried 10 feet underground and encased in concrete.