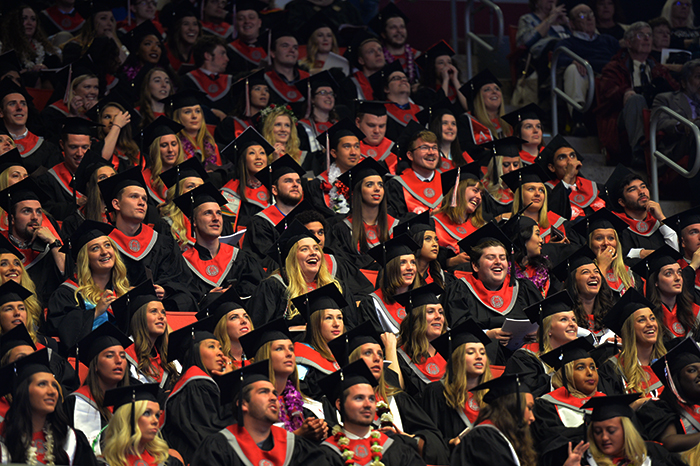 WSU is using a platform called StageClip for the commencement ceremony, which will show the name, degree, photo, quote and an optional short video message for each student.

Fall commencement will be held virtually on Dec. 12 for students in all WSU campuses.

This semester’s online program will more closely resemble the traditional commencement ceremony than the event in May, said Phil Weiler, WSU vice president for marketing and communications. The virtual celebration in May was not formatted as a commencement exercise because there were too many people involved to have a traditional ceremony online.

WSU is using a platform called StageClip, which will show the name, degree, photo, quote and an optional short video message for each student, Weiler said.

Students can watch the entire ceremony, or skip to the part where they are featured, he said. The platform also allows students to share the graduation program on social media.

Administrators from each of the colleges will make remarks during the ceremony, Weiler said. Some parts of WSU’s traditional commencement ceremony will be held in Beasley Coliseum and videotaped for the virtual program.

“It will be different, but it will be an opportunity to take a moment to reflect on all the work students had to put in to get to this point,” he said.

Students who want to participate in the virtual ceremony must register by Nov. 16, according to WSU’s commencement website.