Political comedy is difficult when people choose what to believe rather than accepting facts, speaker says 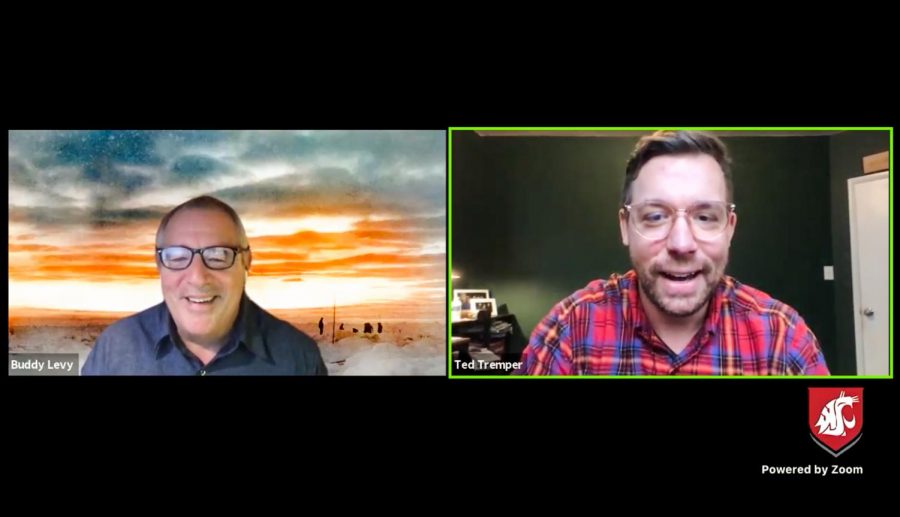 The most important part of comedy is the ethics of truth-telling, said Ted Tremper, WSU alumnus and former field producer for "The Daily Show."

Political comedy is only funny when a speaker and their audience agree on the factual truths.

The most important part of comedy is the ethics of truth-telling, said Ted Tremper, WSU alumnus, writer, director and former field producer for “The Daily Show,” during an event Tuesday evening. The truth resonates with the audience and is what makes a political joke funny.

There is a lot of energy on both political sides, he said. This energy can spark interesting discussions that lead to finding common ground, but it can also make both sides want to destroy each other.

People feel no shame when they present the wrong information, which leads to a winning-at-all-costs mentality, Tremper said. People will reject what they disagree with as fake news and choose the reality they live in instead.

When people choose what to believe rather than accept facts, comedy is much more difficult, he said. When comedy is politically divided, there is no discourse and one political side is just making fun of the other.

“It’s easier to be a hack political commentator because all you have to do is make someone on the other side look stupid,” he said.

Temper taught English in Japan for a year after graduating from WSU. He said he wanted to go back to school for a teaching degree eventually.

He moved to Chicago to earn his Master of Fine Arts in writing at the School of the Art Institute of Chicago.

During his time in Chicago, he made around 31 short films and a TV pilot, Tremper said. He would spend 40 hours a week of working production.

“You should be developing habits that are solely focused on bringing joy, energy and curiosity into your daily life and what you’re making,” he said.

Tremper was hired as a field producer for the show in 2015, he said. One story he worked on for the show sent him to Mineola, Texas, to find common ground between Republicans and Democrats. During the segment, the people he interviewed could not find one political issue they could agree on.

Tremper left the show in 2016 after a series he co-wrote, “Shrink,” was greenlit for a season, he said.