Speakers discuss how to fight racism

People must understand causes of racism to know how to fight against racism, speaker says 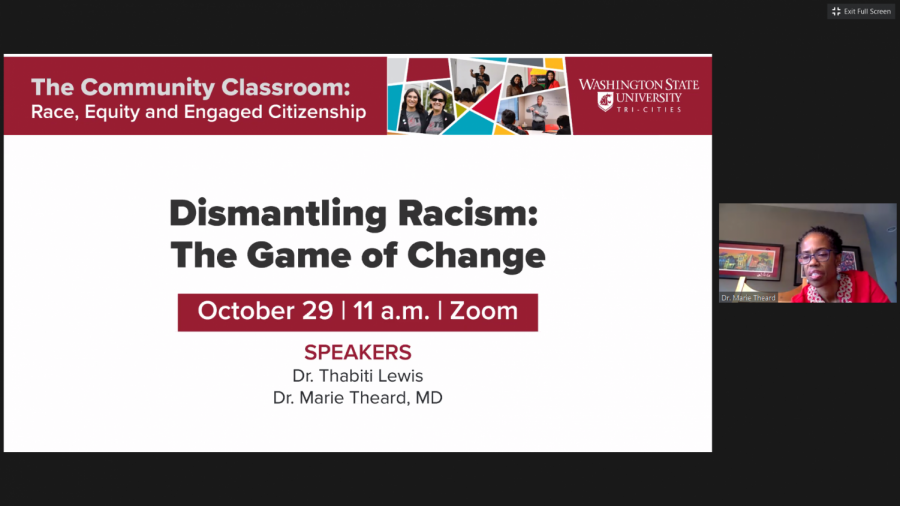 It is important to think about other people's situations and perspectives when trying to understand racism, said Dr. Marie Theard, medical director of neuroanesthesia at Oregon Health and Science University.

Speakers discussed fighting racism through education and seeing the world through different perspectives in an event hosted by WSU Tri-Cities on Oct. 29.

It is important to have conversations about fighting racism, said Thabiti Lewis, interim associate vice chancellor for academic affairs at WSU Vancouver. To do this, people need to understand the root causes of it, he said.

Understanding racism is about more than what personally affects an individual, said Dr. Marie Theard, medical director of neuroanesthesia at Oregon Health and Science University.

Before attempting to fight racism, people need to understand a growth mindset versus a fixed mindset, Lewis said.

“We are the learner who is learning the anti-racist growth mindset, and we want to put it into action,” he said.

Lewis showed attendees a picture of people protesting on the streets. One person held a sign that said ‘I can’t breathe.’ Based on the context of the picture, there is a need to protest, he said.

The Black Lives Matter movement, for example, positively impacts the quality of life for white and Black people, Lewis said.

Protests help people from different communities come together as one, he said, referring to the photo which depicted people of different races gathered together.

“One thing that they understand is that our fates are linked,” Lewis said.

For example, the civil rights movement increased access to medical care for everybody, he said. The movement influenced lawmakers to implement Medicare and Medicaid.

Even though the civil rights movement accomplished a lot for the Black community, racism is still prevalent, Lewis said.