Recognize the importance of Veterans Day 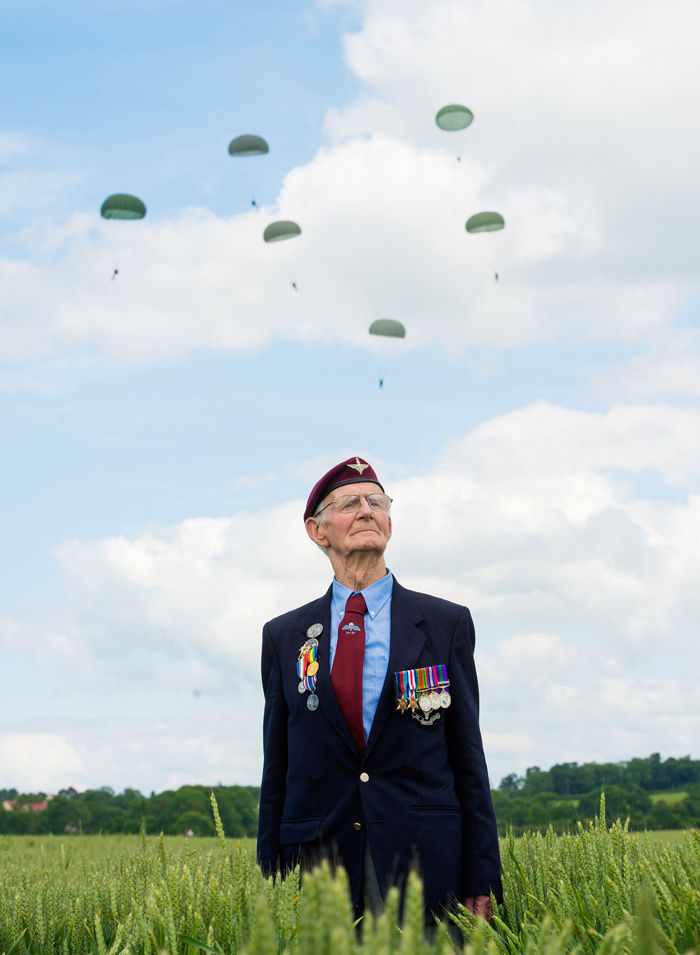 Members of the military risk much more than their lives and should be remembered and thanked for their service. Fred Glover, 88, a veteran of the 9th Para Battalion, waits to watch a parachute jump just outside Rainville during D-Day commemorations on June 5, 2014 in Ranville, France.

As you make plans for your Wednesday off, it is important to take a moment and observe why this day is set apart.

Veterans Day, Nov. 11, formerly known as Armistice Day, takes place every year as “a celebration to honor America’s veterans for their patriotism, love of country, and willingness to serve and sacrifice for the common good,” according to the Veterans Affairs (VA) website.

It is easy to lose touch with this concept when many of us have grown up in a generation where war is only something that happens on the nightly news.

In reality, we are surrounded by veterans from all eras. There are nearly 22 million living veterans in the U.S. according to an article published by U.S. News and World Report.

If this number alone is not enough to justify a day set aside for commemoration, their service records and sacrifices certainly are.

These men and women have served in a variety of conflicts dating from WWII and Vietnam, to more recent conflicts in Iraq and Afghanistan.

Being in any combat situation is certainly life changing and many veterans come back with issues that require treatment.

Of those who return from battle, 30 percent have disabilities as a result of their service, according to the Combat Wounded Veteran Challenge.

Many of these disabilities prove to have long-term effects on the well-being of these veterans.

In addition to the injuries that can be seen, perhaps the most devastating problems are those that are invisible – one of the largest problems facing veterans being post-traumatic stress disorder, or PTSD.

PTSD is a disorder that has become far too common among veterans, and is contributing to shockingly high suicide rates.

About 22 veterans commit suicide every day, largely due to this disorder, according to an article published by the Huffington Post.

With the odds stacked against veterans, yet another problem faces many who return from service.

Unemployment rates for veterans are quite a bit higher than the general public, especially those who served in the post-9/11 era.

About one out of two (53 percent) post-9/11 veterans will face a period of unemployment, and also have a more challenging time receiving college degrees, according to the VA.

Seeing that there are numerous disadvantages being faced by veterans today, it is important now, more than ever, to recognize Veterans Day.

We should not only recognize this day, but use it as a stepping stone to see how we can help those who put their lives on the line to keep us safe.

Numerous organizations, both government-established and private, have dedicated time and resources to combating many of the problems veterans face today.

Organizations such as the Wounded Warrior Project and Hire Heroes USA are committed to helping veterans return to civilian life after service, be it through financial assistance, training programs or other means of assistance.

It is important to recognize and appreciate those who have served the country.

Don’t take for granted the freedoms individuals have because of sacrifices made by veterans. Rather, be appreciative of past and current military members who are keeping us safe on a daily basis. Take a moment to remember those who have risked their lives in the line of duty.

Philip Grossenbacher is a sophomore English education major from Lynwood. He can be contacted at 335-2290 or by [email protected] The opinions expressed in this column are not necessarily those of the staff of The Daily Evergreen or those of The Office of Student Media.