Despite claims of radicalism, modern feminists are only trying to help everyone, men included 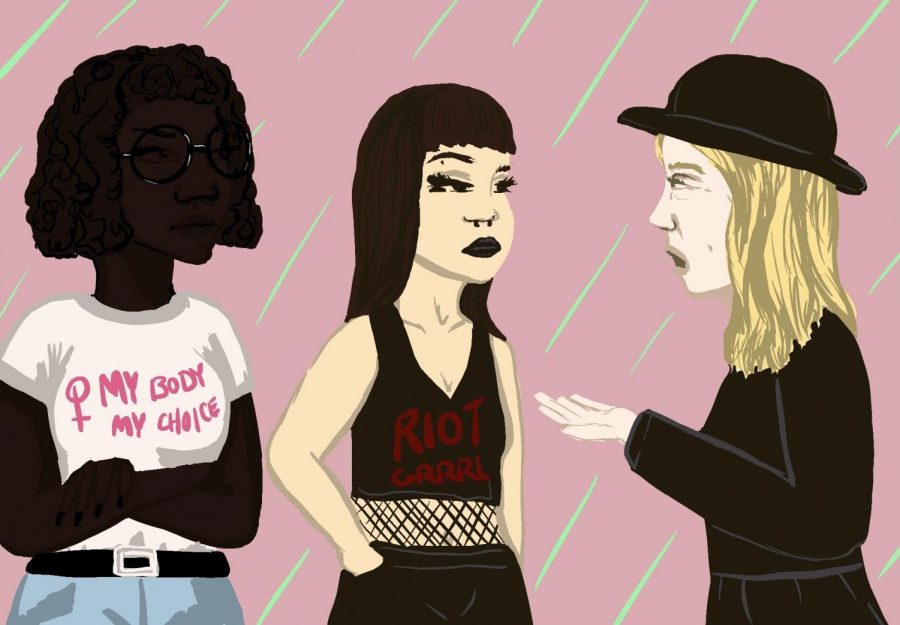 Modern feminism can differ from classical feminism, but the goal is the same — equality for all.

My dad crushed my idea to be a kickboxer in high school when he said, “You cannot participate in this sport because it is not for girls. Can you choose something more female, honey?”

How many times have we heard this phrase and created a clear dividing line between female and male roles in society? Countless.

The most straightforward example: if you go to any supermarket, you will see how toys are segregated based on gender, excluding the idea that children have the right to choose their role.

Many people keep saying that today the situation is different compared to the middle ages. Women often have more opportunities than men. Women can study and choose any profession; society accepts women, for the most part, the same way as men. Some skepticism exists about the necessity to have a feminist movement now.

The critical concerns first wave feminists had were education, employment, marriage laws and the situation of intelligent middle-class single women. Some of their significant achievements were higher education for women, development of the women’s secondary-school system, the Property Act of 1870 and some improvement in divorced and separated women’s child-keeping rights.

Why do we still need to protect women’s rights, after so many years of conflict and after so many visible improvements? Because today, it is hard to imagine that in the working place somebody can say they will hire a woman based on her gender, but they can reject a woman with no explanation.

“Now, I feel like our voices are heard, but they are not getting the credits they deserve,” said Women*s Center Director Amy Sharp.

It means there is still room for oppressing women under more subtle methods such as paying them less money and forcing them to choose “female” professions. They can even force women to change their last name after marriage to make them lose their identity and become a part of their husbands’ property.

“Men still have more power,” said Kaitlin Srader, Coalition for Women Students chair. “It is still there today, like a taboo of talking about your salary, which allows women to be paid less or more expensive stuff for women in the store.”

All of those slow changes brought us to a situation where some radical feminist movements emerged. Some women got tired after years of oppression or physical and mental abuse. They do not want to wait, and their hearts become full of anger.

I know that radicalism in any movement is not necessarily good, but it is easy to see how we got to that point when feminism became more radical.

For all the progress feminists have made, we still have many problematic areas, which should be changed to bring women to the same level in all areas as men.

“A more likely possibility is that the popular insistence that radical feminists — and often by implication feminists in general — are all man-haters reflects wider misunderstandings about the history of feminism and its impact on contemporary gender relations,” said Jonathan Dean, a political theory lecturer at the University of Leeds, in a column.

I think it is a problem that many feminist organizations today are mistakenly defined as one significant movement. The difference between radical and classical feminism is noticeable because the first feminists never hated men — they were fighting for equal rights.

“I think that every movement has some radical behavior,” Sharp said, “but in society today, boys are under pressure as to how they should behave too, and we should be understanding and supporting of their emotions.”

Some people do not see that feminist movements are supportive of women and men alike. For instance, men have “rules” they should follow, and feminists want to give them the freedom to be openly emotional and weak if they want to. The fight for equal rights is for everybody by removing the gender roles imposed by social norms.