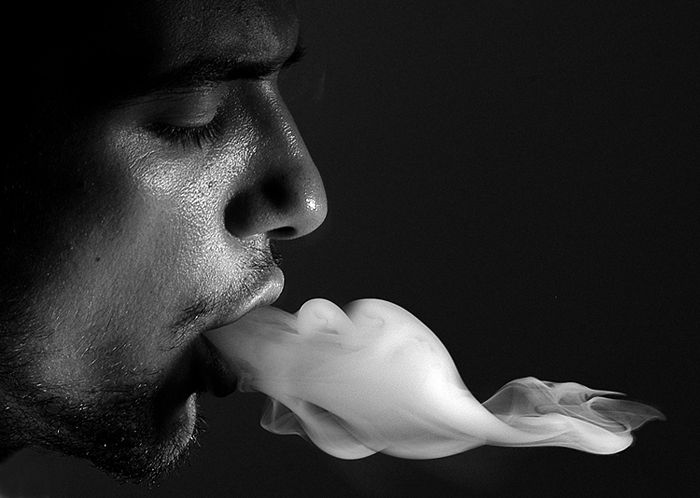 Two WSU professors are currently researching and developing prototypes for a breathalyzer that could detect trace amounts of THC in a person's system.

A National Highway Traffic Safety Administration survey conducted from 2013-14 found that the number of drivers with marijuana in their systems grew by about 50 percent from 2007 to 2014.

Currently, officers must use blood tests to determine if tetrahydrocannabinol (THC) is present in a driver’s blood, which does not provide immediate results.

Nicholas Lovrich, a political science professor, joined forces with Herbert H. Hill Jr., a chemistry professor, in 2010 to begin work on the project.

At the time, Hill was working with the concept of ion mobility while Lovrich was working with law enforcement to help control impaired driving due to illegal or prescription drugs. Hill was intrigued by the idea that no device existed to detect drugs in the breath.

“Drug recognition experts were having difficulty identifying which exact substances drivers were under the influence of,” Lovrich said. “Marijuana is often missed at the scene and without a tool detection it’s hard.”

Hill started work on a handheld device that would use the technique called “ion mobility spectrometry” which is used for the detection of trace quantities of gaseous organic compounds at atmospheric pressure with the help of two of his graduate students.

Chemring Detection Systems – a company that develops sensor and detection systems for chemicals, explosives and narcotics – is funding part of the WSU research. The North Carolina based company is interested in creating a device that would detect more than 40 different kinds of drugs.

Since 2010, Hill and his team have developed two prototypes and recently tested a group of 40 marijuana users in their homes. There have been zero false-positives so far, however, there have been false-negatives creating a 50-60 percent success rate, Hill said.

“There are a lot more scientific questions we need to answer before this becomes a valid instrument,” Hill said.

The pair took their work back to the laboratory and Hill is hopeful within the next two to six months they will have another model for testing. Due to federal regulation, the testing cannot be conducted on the WSU campus and no public money was used to purchase the marijuana.

Hill and Lovrich both insisted this is not a replacement for a blood test.

“This will help (law enforcement) make a more informed decision in the field,” Hill said.

Lovrich said he received positive feedback from law enforcement departments around the state and country, attracting the interest of the National Highway Traffic Safety Administration and the United Nations Office on Drugs and Crime.

“We are trying to increase the awareness of the idea that if you smoke and drive we will catch you,” Lovrich said.