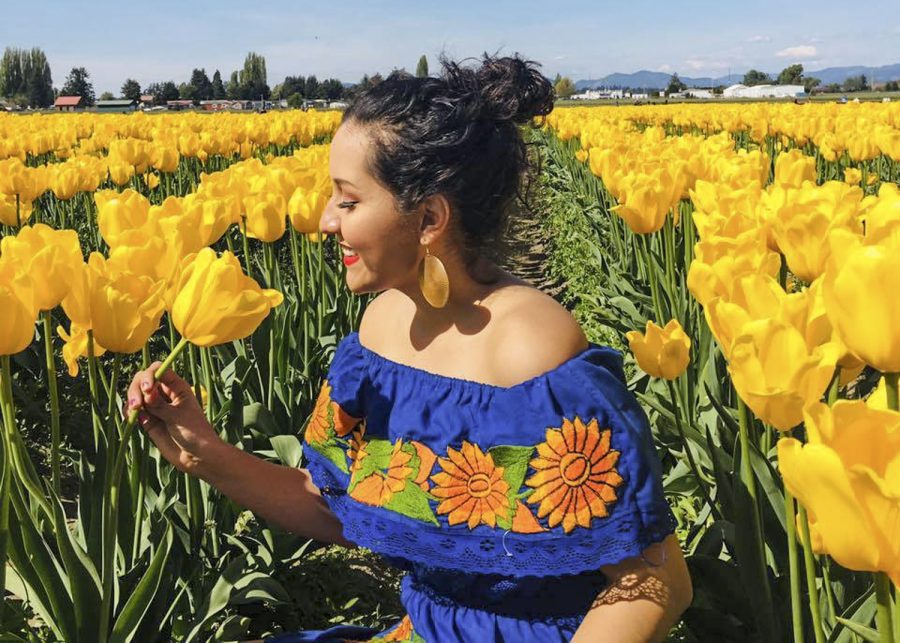 This summer, Michelle Cordova watched hand beaders and Indigenous peoples make intricate cultural accessories as she walked the streets of Mexico City, Mexico. That’s when she had the idea to start her own boutique.

In September, Cordova, WSU sophomore architecture major, created a jewelry boutique called My Mexican Boutique to bring her culture further into the light, she said.

She was born in the U.S. and at a young age moved to Jalisco, Mexico. Due to health problems with her hearing, at age 13, Cordova stayed with her aunt in the U.S. for surgery and to be able to cover health care expenses, Cordova said.

After coming to WSU, Cordova founded and became club president of the WSU Folklorico club, where she was able to connect with her culture through dance.

With the boutique, Cordova wants to bring share her culture with those who do not know about the meaning and beauty behind the jewelry, Cordova said.

“I didn’t know what it was to miss Mexico until I left, and [My Mexican Boutique] is a way of being able to connect with the culture and bring a piece of it wherever you go,” Cordova said. “You get to have a little piece of Mexico.”

After Cordova organized her business logistics, she decided to create ambassadorships to help with the pressure and workload of having a business. Ambassadors promote the boutique, as well as share their culture with the world.

Two of the ambassadors are Asa Reyes-Chavez, WSU senior, and Alondra Mendoza, nursing student at Pacific Luthern University. Both ambassadors helped with the launch of Cordova’s business.

“There is something about jewelry that makes you so confident,” Reyes-Chavez said. “There is a meaning behind it, it is apart of our culture. Plus, it’s about supporting a small business and uplifting other women.”

Reyes-Chavez said the ambassadors helped with the launch and construction of the boutique. Ambassadors share a discount code with the public and can receive free items after a certain number of people use it.

Ambassador Mendoza said her main hope is to give recognition to Indigenous groups behind the accessories.

“It’s nice to be part of something that represents a beautiful culture and is eager to give credit to groups that are often overlooked,” Mendoza said.

Customers can shop at My Mexican Boutique through their Instagram and website. Cordova is also looking to expand on other social media platforms, including TikTok, to reach a broader audience.

Although she is planning to complete her degree and pursue a career in architecture, she wants to manage her business as a side hustle. Cordova said she is open to the idea of continuing the boutique after graduation.