One student says she did not vote at all but would have voted Republican; another says she hopes Biden wins 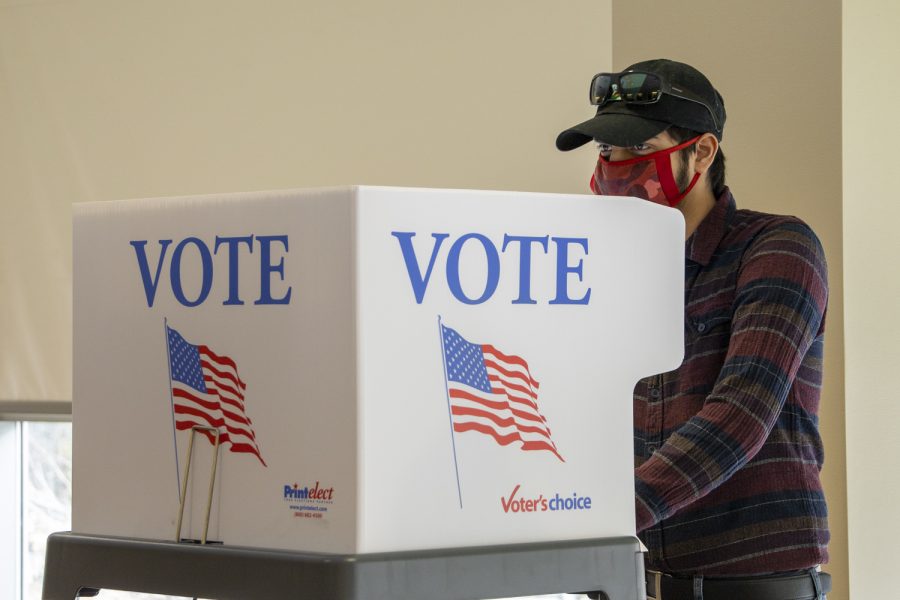 Over 90 percent of the 1,400 ballots received by the Whitman County Elections Office by 3:30 on Nov. 3 were either sent by mail or left in ballot dropboxes.

A majority of WSU students casted their ballots for the first time in a presidential election this year.

Over 90 percent of the 1,400 ballots received at 3:30 p.m. on Nov. 3 by the Whitman County Elections Office was sent through mail or left in drop-boxes, said Sandy Jamison, elections auditor for Whitman County.

Over 14,800 votes were counted Tuesday night, according to the county election website.

Whitman County’s results will be received by the end of the week, Jamison said.

Ashley Earp, freshman criminal justice and criminology major, said Biden was the best option with Bernie Sanders out of the race.

“I voted for Biden because he has a plan,” she said.

Biden’s website has a lot of subsections with each detailing a specific plan for the country, she said. This includes plans to beat COVID-19, improve racial economic equity and empower and protect women.

Earp said she is afraid Trump’s reelection will lead to the loss of rights for women, people of color and members of the LGBTQ+ community.

“First, I’m a woman, so that’s just down the craphole. Two, I’m part of the LGBT community, so yet again, down the hole — my rights could be just gone,” she said. “Everybody’s going to lose something so it’s better that we don’t have that.”

The Trump administration reversed anti-discriminatory laws for the LGBTQ+ community, according to ProPublica. These rollbacks include not investigating complaints filed by transgender students and implemented a “conscience rule,” which allows healthcare providers to refuse to treat LGBTQ+ patients because of moral or religious objections.

Trump will probably throw a tantrum on social media if he loses, Earp said.

Trump’s approach to campaigning was not the best because he continued to hold rallies, acting like there is not an ongoing pandemic, she said. It was harder for Biden to campaign because he tried to follow public safety measures, she said.

If Trump wins, Earp said she will be scared for the future. If Biden wins, she will be crying tears of relief.

Washington tends to vote Democratic, but she would have voted Republican, so her vote would not make a difference, she said.

Nygaard said she thinks presidential candidate Joe Biden will win based on the electoral votes he received as of Wednesday morning.

“I think Trump would have to pull off a couple tens of thousands in either Wisconsin or Michigan to pass,” she said.

“I think the Republican party is going to be pretty dramatic about [the election results],” she said.

Nygaard said she hopes both campaigns will be respectful, but she thinks politicians and their supporters will become aggressive based on the results.