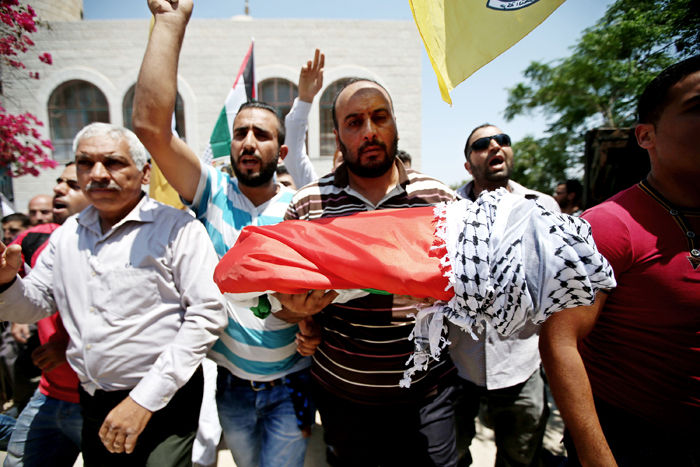 A relative carries the body of 18-month-old Palestinian baby Ali Dawabsheh, who was killed after his family’s house was set on fire. Terrorist actions from both sides of the conflict are leading to unnecessary deaths.

Friday, Nov. 15, Austria announced it would build a 2.3 mile fence along its border with Slovenia, in an attempt to control the consistent influx of migrants.

Austria is not the first European country to have done this. Earlier, Hungary sealed off its Southern border, diverting all incoming refugees to Slovenia. Slovenia, in turn, placed razor-wire along its border with Croatia.

What makes this case special is the fact that Austria is a Schengen nation, meaning theoretically, it should be a borderless, European Union passport-free zone. Putting up a fence between two Schengen countries completely defeats the purpose of Schengen zones.

Although Europe’s strive for control over this breakout is admirable, the ‘blame game’ is still at play. Countries are still comparing and scrutinizing each other’s faults, and the fear instilled among the peoples of those nations is not releasing any of the tension this crisis has created.

Weeks ago, when the crisis was still only breaking out, first world European countries claimed the situation would be held under control, and that countries would welcome the migrants with open arms.

Germany, Sweden and Austria – destinations refugees seek the most – are now among the countries who have implemented  the most regulations.

On Friday, Germany affirmed it would continue the temporary border controls, begun in September, to February.

This is not to say that the situation is not frightful.

About 800,000 refugees have landed since the outbreak of the crisis this summer, and thousands more continue to arrive at the gates of Eastern European countries, and now even Austria.

This recent crisis begs the question: what is more important – saving Schengen, or saving the hundreds of thousands of refugees trying to survive?

Schengen is a luxury – a benefit for living in peace since World War II. Northern Europe has not faced any major crisis that would challenge the bountiful lives European countries have been able to lead.

A borderless zone stretching from the Atlantic Ocean to the Black Sea is a wonderful concept that allows for thriving economic and social progress. But in time of crisis, should Schengen continue?

The survival of hundreds of thousands of refugees is no small matter.

In the early 1990s when the Balkan war broke out, “roughly 2.3 million people have fled from towns and villages in former [Yugoslavia] since the country began to disintegrate in 1991,” according to the United Nations High Commissioner for Refugees.

That was considered the biggest refugee crisis since World War II.

“Austria’s decision is the latest in a series of tough measures taken by countries to tackle the continent’s worst refugee crisis since World War II,” according to a recent article in Al Jazeera.

The number of current migrants in Europe has almost reached its first million, the incoming migrants are flowing in by the thousands and flow will not be ending any time soon.

Hundreds of thousands of starving migrants are more important than an economic agreement that the Schengen countries could clearly live without. Additional economic benefits can be sacrificed; shelter and food for refugees simply cannot.

Putting up a fence might succeed in controlling the influx of migrants, but on a small scale. We have seen how the refugees were able to get past the riot forces in Macedonia. It is clear if the thousands of refugees have the urgency to get across a wired fence, they can do so.

Will the fence succeed in controlling the migrants? Perhaps, but the moral implications will do more harm than physical order.

Now that the fence will be up, the migrants will sense this as a sign of hostility. A sign of inhospitality – that the countries fear their presence and this cannot end well for those behind the fence.

Bogdan (Theo) Mynka is a freshman studying music from Kharkiv, Ukraine. He can be contacted at 335-2290 or by [email protected] The opinions expressed in this column are not necessarily those of the staff of The Daily Evergreen or those of the Office of Student Media.