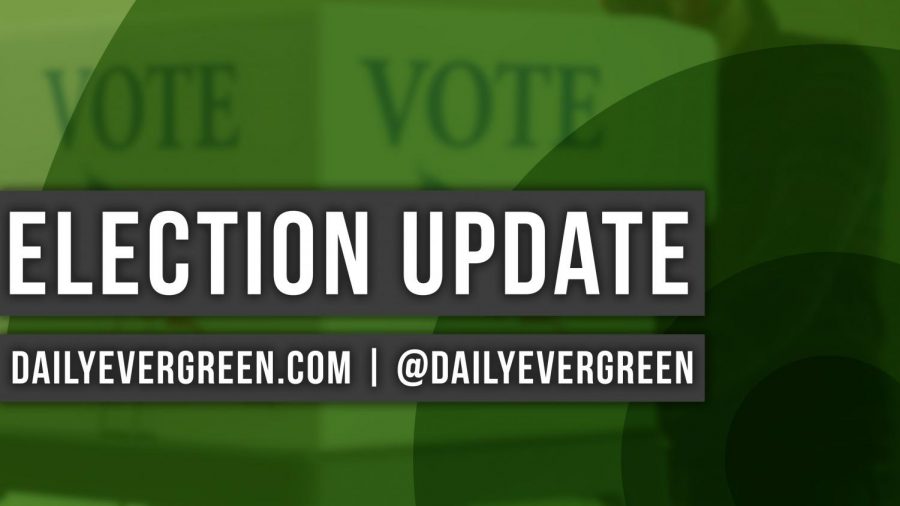 Gov. Jay Inslee won his third term as governor, with his opponent Loren Culp saying he will contest the recent state election results.

Culp said in a Facebook video posted Wednesday on the “Culp For Governor” page that he lost his job as Republic Police Chief and wants to have every vote counted before conceding.

“Something smells fishy,” he said in the video.

During a press conference on Wednesday, Inslee said Culp was attempting to sow distrust in the validity of votes without proof.

“The voters are going to decide who the next governor is, not Mr. Culp,” Inslee said.

With 87 percent of votes counted, Washington state voters seemingly voted to approve Washington Referendum 90, which would require public schools to provide comprehensive sexual health education for students in grades 6-12 beginning in the 2021 fall term. This would include telling students about affirmative consent and bystander training.

Voters voted to repeal Senate Joint Resolution 8212, which would allow the legislature to give government funds to long-term care services such as public pension, industrial insurance trust funds, and benefits for individuals with developmental disabilities.

Voters also repealed Senate Bill 6690, which was meant to increase business and occupation tax on commercial airplane companies. The expected cost of the bill was around $1 billion. This vote is nonbinding and will not change the law, but will reflect the public’s opinion on the laws.

They also voted to repeal Senate Bill 6492, which also increased tax rates and reduced surcharges in specific areas. As with 6690, this vote is nonbinding.

Senate Bill 5323 will also be repealed, a bill that would tax certain carryout bags provided by retail stores. Senate Bill 5628, which would tax heavy equipment rentals, was also repealed. These votes are both nonbinding.

County Commissioner Art Swannack, who ran uncontested as a Republican, won 93 percent of the Whitman County vote. He will continue his role in the first commissioner chair.

So far, Tom Handy, who did not state a party preference, is beating incumbent Republican Dean Kinzer for the second commissioner chair, with only 63 votes separating his lead as of 9:39 p.m. Tuesday.

Supreme Court Justice Position No. 3 will likely be filled by Raquel Montoya-Lewis, who is winning over Dave Larson with 54 percent of the vote as of 9:39 p.m. Tuesday.

For Justice Position No. 4, Charles W. Johnson ran uncontested and received 98 percent of the vote.

For Position No. 6, G. Helen Whitener is currently ahead with 62.9 percent of the county vote, against Richard S. Serns.

For Position No. 7, Debra L. Stephens ran uncontested and currently has 98 percent of the vote.

Gary J. Libey also ran uncontested for the Whitman Superior Court Judge Position No. 1 and has 97 percent of the county vote.

A maintenance and operation levy for the county fire districts was passed with 85 percent of the vote.

Kim Wyman of the Republican party maintains her seat as Washington State Secretary of State, winning 51 percent of the vote. She ran against Gael Tarleton of the Democratic Party.

Democrat Mike Pellicciotti won 55 percent of the vote and will be State Treasurer over Republican opponent Duane A. Davidson.

Pat McCarthy, a Democrat, won 60 percent of the vote and will become the State Auditor, over contestor Chris Leyba, a Republican.

Bob Ferguson, who prefers the Democratic party, got 58 percent of the vote and will remain Attorney General over Matt Larkin, a Republican.

Hilary Franz, a Democrat, won 58 percent of the vote and will be the State Commissioner of Public Lands. She won over Sue Kuehl Pederson, who prefers the Republican party.

Chris Reykdal won 56 percent of the vote over Maia Espinoza and will be the Superintendent of Public Instruction.

Mike Kreidler, a Democrat, will be the Insurance Commissioner after winning 67 percent of the vote over Chirayu Avinash Patel of the Republican party.