WSU is doing what it can for international students, one professor says 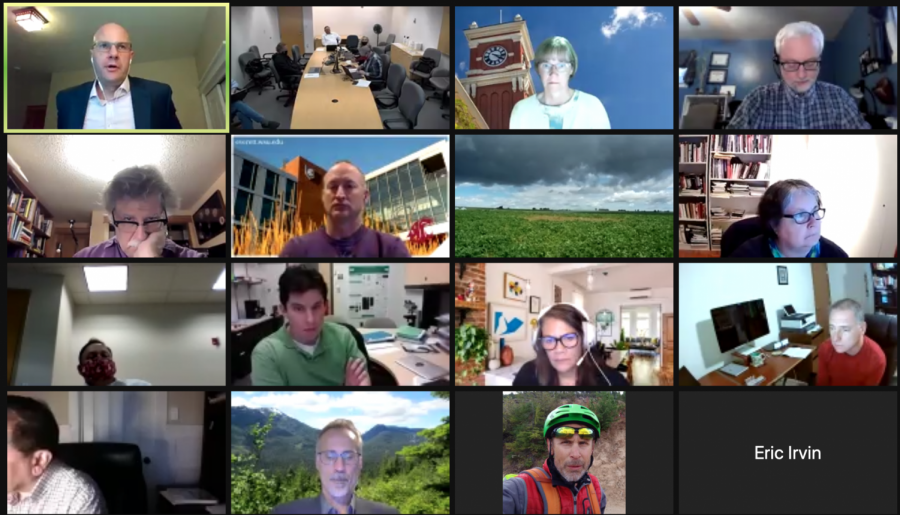 Michael Kahn, professor at WSU's Institute of Biological Chemistry, said faculty senate should make a statement about the government's efforts to change the F-1 visa requirements, which could prevent students from completing their education.

WSU faculty discussed changes to the F-1 visa requirements for international students studying in the U.S. and the transition over to Workday during a faculty senate meeting Thursday afternoon.

The effort of Department of Homeland Security officials to limit the ability of foreign exchange students to remain in the U.S. could be problematic for WSU students, said Michael Kahn, professor at WSU’s Institute of Biological Chemistry.

The reforms to F-1 visas would make them be valid for four years as opposed to a student’s duration of study and would require students to exit the U.S. to renew the visa, Kahn said. This could prevent students from completing their education because they may not be able to re-enter the country.

COVID-19 also presents a new set of issues because other countries are not accepting American citizens at this time, he said.

U.N. Umesh, WSU professor of marketing, said the DHS has implemented this measure before. It was effective during the Carter administration, and now the government is trying to bring it back.

Kahn said WSU is doing what it can, but Faculty Senate should comment on what to do about this situation soon.

Matthew Skinner, associate vice president for finance and administration, announced during the meeting that WSU will begin the transition to Workday for faculty and staff on Dec. 16.

This system will be used for payroll, hiring, travel reimbursement and grant management. WSU currently uses separate platforms for these, he said.

COVID-19 could make the transition to the new system difficult. To prevent this, there will be a service desk with live support, he said.

David Turnbull, chair of WSU’s Faculty Senate, said a formal request has been made to WSU President Kirk Schulz in regard to ending WSU football because of player injuries and its financial cost.

During a Sept. 24 faculty senate meeting, a professor asked faculty senate to consider removing football from the WSU athletic department because the sport can lead to chronic traumatic encephalopathy in players, which causes brain damage, according to an Evergreen article.

Schulz’s response should be submitted no later than Nov. 6, Turnbull said.

The next faculty senate meeting will be Nov. 22.