OPINION: Countdown after the 3rd: I have no mouth and I must scream

A final look at the election; a consideration of America's future 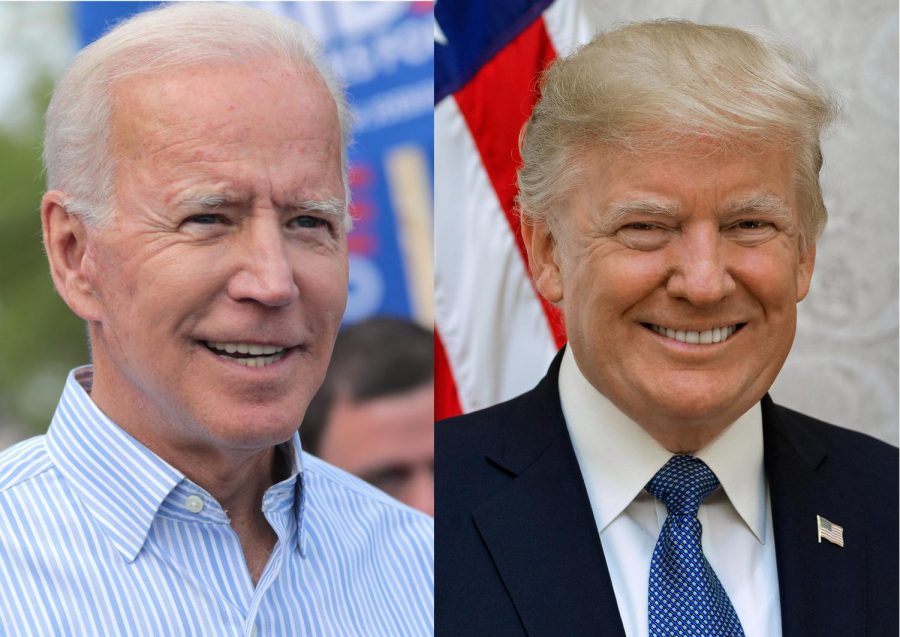 Joe Biden has won the election, cementing neoliberalism in the highest rungs of government for another four years.

“We can have Rome again if you break enough BMW windows.”
-Mike Ma, “Harassment Architecture”

And finally, the political machinations of the two great tribes slowly spins to a halt – America has a president. On Saturday, Joe Biden declared victory after presumably taking Pennsylvania, a crucial swing state in the race.

This means, of course, that I was wrong — not by a little bit, but by a lot. By multiple states, in fact. I messed up Arizona, and most importantly, Philadelphia, and that was my downfall. I won’t dwell on it publicly, except to say that things were very, very close. Minute adjustments over a long enough timeline can lead to massive changes in the whole, and at the very least, I was close. Close enough for government work, as my dad says, and ironically, this was some of the most important government work that you can be wrong about. And that’s, Gump-like, all I have to say about that.

“America has always been shaped by inflections points, by moments in time we’ve made hard decisions about who we are what we want to be,” Biden said in his victory speech in Wilmington, Delaware. There was an overwhelming call for a return to normalcy in Biden’s speech, something that was echoed in his demands for bipartisanship among both camps — Trump and Biden supporters.

Just like that, a race that had stretched into the wee hours of the night with little consensus, and allegations of cheating on both sides, was over. Joseph Robinette Biden, a man with the middle name of a fancy French boy, is the 46th president of the United States. He’s taking office in the middle of a pandemic. There are foreign enemies on both sides amassing power and baying for blood. He’s now in charge of running a country where two political parties have split Americans into factions, each focused on absolute annihilation of the other.

Right-wingers want Biden-voters crucified, their blood watering the tree of liberty or something. Left-wingers want Trump-voters imprisoned in some techno-hell — a self-righteous “I Have No Mouth and I Must Scream.” Harlan Ellison may be spinning in his grave at this very moment, but “nevertheless, I persist,” to paraphrase the noxious lexicon of Elizabeth Warren’s ill-fated campaign.

What a horrendous sh*tshow — it’s almost enough to make one not believe in the integrity of elections anymore. Accusations of cheating continue to rock the airwaves, and Trump’s refusal to officially accept the results only gives credence to conspiracists, hell-bent on finding evidence to support ballot-trashing or forging.

“There must be some kind of way out of here, said the joker to the thief, there’s too much confusion, I can’t get no relief.”
-Bob Dylan, “All Along the Watchtower”

What a profoundly stupid world. How deeply we’ve sipped from the cup of neoliberalism that Joe Biden, “hey-jacking” his way into senility, seems to be Clark Kent reincarnated. Establishment Dems creamed their collective jeans at Biden’s win, calling it a “win for normalcy.” Baudrillard was right — this is a pure simulacrum, with no relationship to any reality whatsoever.

The fundamental willingness for Biden voters to accept this profoundly stupid, self-serving candidate on the grounds that he’ll “bring normalcy back to the White House” simply illustrates the fantasy they’ve deluded themselves into believing.

Not to be “black pilled on main,” to borrow the 4chan parlance, but the political situation in which we’ve found ourselves embroiled can’t be solved by electing someone who embodies the establishment in his every action. The DNC threw unique, progressive candidates (like Bernie Sanders, Andrew Yang and Tulsi Gabbard) under the bus to advance the careers of establishment libs like Pete Buttigieg (who Alfred E Neumann-ed himself into abysmal poll numbers), Elizabeth Warren (who eventually shot herself in the foot with a 23andMe test) — and yes, like Joe Biden, who’s been part of the establishment for his 47-year political career.

Even Biden’s “progressive policies” accomplish nothing — and in fact, may dig America into a deeper hole. His support for such deeply flawed policies as the Paris Climate Accords will cripple us economically, and solve nothing in terms of climate. His support for the Affordable Care Act is essentially a farce — healthcare will stay, as it always has, expensive and inaccessible for most Americans. Taxes are going to skyrocket for middle-class Americans, with little perceived benefit.

This is to say nothing of his VP, a woman who embodies neoliberal transparency. Kamala Harris, the first Black female vice president, is this token figure for Dems to wave around — “We’ve got a minority candidate, and everything is right with the world!”

It’s all simulacrum, and Harris’s fascist prosecutorial history doesn’t matter to these people. What matters is appearance, the concept of being progressive without actually taking steps to make that happen. Identity politics has fractured the political paradigm, degrading discourse and ensuring that nothing will ever really change. The military commander drone-striking an Iraqi village may use they/them pronouns, but the white phosphorus will still be white phosphorus.

With full clarity, I mean every word of what I’ve said, in whatever context you’ve interpreted it. If you take this as the rantings of some caffeine-crazed armchair revolutionary, go ahead. If you assume this is the manifesto of some profoundly disturbed alt-right Proud Boy, take it as that. If you think I should see someone or be on some kind of medication, you’re probably right.

Regardless, everything I’ve said here is true. “It was on everyone’s lips — Tyler and I just gave it a name,” in the words of Palahniuk. Biden is president, and to you, that may mean the “lesser of the two evils” took office — but in politics, there is no “lesser evil.” There’s only evil, in all its octopus-like, super-PAC forms.

To trudge to the polls every four years in the hopes that the “lesser evil” gets elected is this profoundly depressing, degrading facet of our political machine, that the party elites hope no one ever questions or challenges. If you can frame your dark-magic, dark-money ghoul as the shining hope for American democracy, in contrast with Baphomet himself — Orange Man Bad — f*ck, you can get away with anything!

Drone strike a Yemeni wedding? In the name of democracy. Pass a crime bill jailing thousands of Black men, for tenuous connections to non-violent drug crimes? As long as we’ve got a gay mayor in South Bend!

You see, the Democrat, in his many forms, doesn’t care about results. He cares about image, and that, friends, is the dividing line that determines how the American political machinations will roll and will continue to roll until Gabriel blows his horn, or Hunter S. rises from his grave or Henry Kissinger croaks his last.

By the way, none of this is a tacit endorsement of Trump by any means. Many of the problems with the 46th president are exhibited by the 45th as well, with significantly less slick political coaching. To argue, however, that Biden is this incredible improvement on the Donald, is a view so divorced from reality that it’s almost laughable. “Meet the new boss, same as the old boss,” sings The Who.

It’s been an eventful four months since I began this column, and I like to think I’ve provided some kind of new voice in the political sphere. It’s debatable as to whether I missed anything important — if I’d had the time and energy, I would have taken a closer look at the Senate races, maybe, or talked a little about Washington’s gubernatorial race. Whatever. It doesn’t matter at this point.

The point of political writing is to try to put some sense on what is functionally a nonsensical business. You can spend billions to try to predict the stock market, or flip a coin for millennia and never get above 50 percent accuracy, but all of those pointless activities would get you closer to an accurate end product than political predictions.

“A person is smart. People are dumb, panicky, dangerous animals and you know it,” Tommy Lee Jones said in “Men in Black.” Say what you will about the directorial prowess of Barry Sonnenfeld (and given “Wild Wild West” and “Nine Lives,” I’ll probably tend to agree with you), but that quote sticks in your craw for a reason. Politics is Hollywood for ugly people, the saying goes. In politics, objective good is a byproduct, and certainly not something to be strived for.

I would hope that I haven’t ruined any potential shot at a career in these columns (though a position in Pete Buttigieg’s cabinet is probably off the table) because I’ve tried to earnestly speak my mind. Authenticity in writing is something I strive for, more so than snappy one-liners or coordinated groupthink. But in the end, I think my writing is probably more of a composite of all the people I admire and respect for their views and ability to express them. If you see Hunter S. Thompson or Felix Biederman, or even, God bless him, P. J. O’Rourke reflected, you’re probably not wrong.

Now it ends. Biden is president, it seems, for good or for evil. Thank you for reading.

“We’re trapped in the belly of this horrible machine
And the machine is bleeding to death
The sun has fallen down
And the billboards are all leering
And the flags are all dead at the top of their poles.”