OPINION: Riots over election will not solve anything

It’s time to come together, find common ground; divisiveness is not the political solution 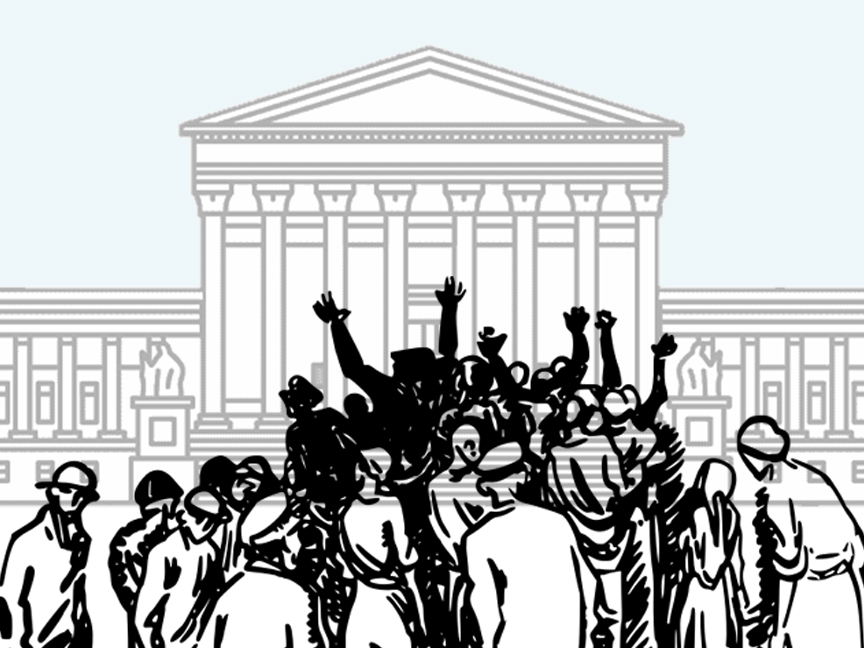 Protests and riots will only push Americans farther apart, which is something we cannot afford. Political unity is what America needs, not partisanship.

I think the biggest problem is that society is very polarized today. Many topics have been politicized, which has created partisan aggression in society, such as entertainment and movies.

In some states, business owners built walls around their business to protect their property before the election was over and results were in.

“I think some of those preparations speak to the potential that individuals are sort of finding a balance or line between the individuals who are protesting,” said Joseph Bolton, political science doctoral candidate. “There are also potential cases of provocation, engaging in violence.”

We have already officially chosen Joe Biden for president, but we still see aggression from both sides. It is sad to see when people become enemies, fighting for different political groups.

Trump supporters have said the election was wrong or rigged, and they do not want to agree with the results. They can even be violent on the streets because they disagree.

I think Biden supporters should be more polite when speaking about Trump or his supporters because he did receive a decent amount of votes. It’s a lesson from childhood: if you are a winner, do not put down the people who lost.

Since the election is over, it is time for us to stop fighting and focus on positive changes, which can only be accomplished through collaboration, no matter who we voted for. I think both candidates should give a speech and tell their supporters to be smart and not attack each other.

Bolton said that people who were arrested by the police during the recent protests against police brutality were not from any organization. They were lone individuals who exhibited hostile and aggressive behaviors and tried to incite violence during the protests.

The Washington Post compiled data that showed most people protesting police brutality were not violent. There is always a chance that some individuals will join the protests and provoke other protestors to incite violence.

The post-election protests will most likely not lead anywhere because the election process is almost over. It is time to try to work together. I can see and understand the frustration, but we should be positive.

Let’s look together at the policy of Biden and how that policy can be beneficial for people.

“I would expect that Joe Biden will be focused on climate change and also try to institute some sort of national policy when it comes to the spread of COVID-19,” said Orion Yoesle, political science doctoral candidate. “Either it is a mandatory mask policy or instructions for states about a new lockdown.”

I think there can be reasons for new protests against masks, but I agree that we definitely need a more organized and conceptual COVID-19 policy. It should stop being a political game.

Climate change is also a problem. I think there should be a more complex policy to address this. I do not believe that both candidates’ supporters would disagree to live in a better environment and breathe quality air.

“There will be dramatic changes in both domestic policy and in our foreign policy as well. I think you will see a much stronger stand against countries like North Korea and Russia. There will be a tougher line on Saudi Arabia,” said Cornell Clayton, Thomas S. Foley distinguished professor of government. “In terms of domestic policy, you will probably see some reforms in health care; you will certainly see some tax increases on wealthier American businesses.”

I know there are many disagreements between two opposite sides of politics in the U.S. today, but we should not forget that violent protests are not the best solutions.

I personally did not wholly support any candidate’s policy, but I know what makes us functional humans is the ability to discuss disagreements and find an adequate compromise.