There's a new number one in FBS, maybe not for long with next week's games 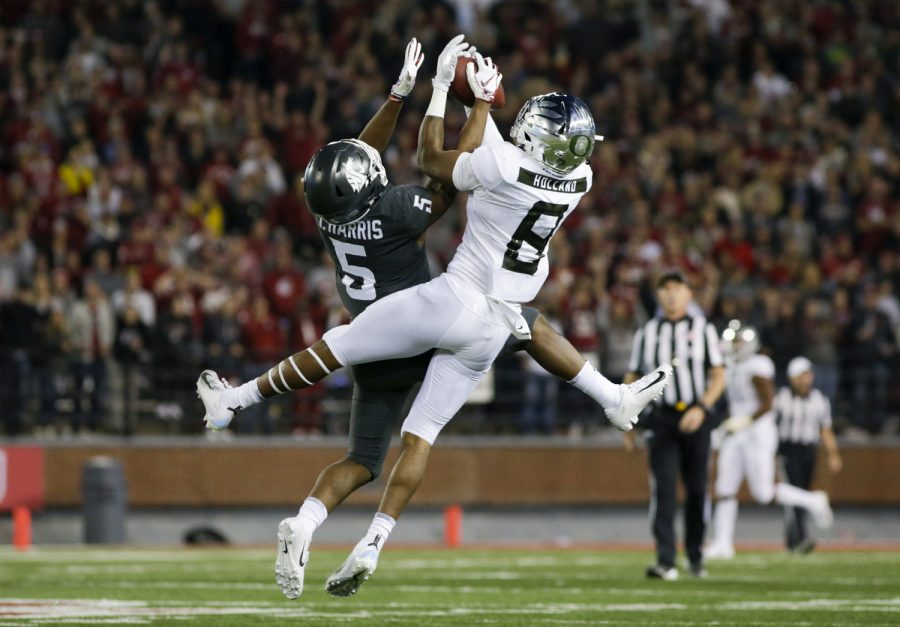 No. 11 Oregon moved up one spot in the Week 11 AP Poll as they prepare to play the Cougs on Saturday.

The AP Poll released its rankings for week 11 of the college football season, and this week has to be one of the craziest weeks for ranked opponents I have ever seen.

No. 2 Notre Dame upset former No. 1, now No. 4 Clemson is at home in a thrilling double-overtime game. This game shifted who is at the top of the mountain in terms of who is the best team in the country.

No. 6 Florida looked great against No. 12 Georgia, dominating on both sides of the ball and looking like the biggest threat to No. 1 Alabama in the SEC Championship.

No. 7 Cincinnati and No. 8 Brigham Young University look like contenders for a New Year’s Six Bowl game after they both routed their opponents this weekend.

After a crazy weekend with close games and upsets, here is what is right and what is wrong with this week’s AP Poll.

What is right with the poll:

Georgia deserved to fall that many spots. The Bulldogs looked like a completely different team against Florida this weekend, and it was unfortunate that Georgia essentially took themselves out of the SEC Championship and the CFP as a whole. This was the second biggest game for Georgia and losing this game was not something they could allow themselves to do, but it’s not completely over for them, they need a miracle.

No. 23 Northwestern and No. 25 Louisiana-Lafayette deserve to be in the top 25 after defying the odds this year. The Wildcats are 3-0 and look to be the best contender to No. 13 Wisconsin in the Big Ten West division. Northwestern is not to be messed with this year, either.

The Ragin’ Cajuns re-enter the top-25 poll after losing to No. 15 Coastal Carolina earlier in the year, but with how well the Chanticleers are doing this year, this boosts their resume up a ton, because that is the only loss Louisiana-Lafayette has suffered on the season so far.

What is wrong with the poll:

Is Notre Dame really the No. 2 team after this win? They were up 23-10 in the game at one point, and they looked to be the best team in the ACC, but then the Fighting Irish let Clemson come back and almost win this game. I said this last week and I stand by it — Notre Dame barely beating Clemson means that Notre Dame will finish second in the conference because junior quarterback Trevor Lawrence will hopefully be back.

Why are Florida, Cincinnati and BYU left out of the top four? No disrespect to No. 5 Texas A&M or Clemson, but those three teams looked more dominant than Texas A&M and Clemson, especially BYU.

The BYU Cougars beat down Boise State on the road, and Boise State was ranked, and it was on the road. Junior quarterback Zach Wilson is looking more and more like a Heisman candidate week-by-week.

Cincinnati looks better and better each week, and they could end up in the CFP at the end of the season. The Wildcats are running the table, in terms of winning, and they are really making it difficult for these other Power Five teams to have any wiggle room for a loss.

Florida beat down Georgia, who was No. 5 in the country entering the game — don’t they deserve a little more respect? Going up two spots is not enough for me. They should be in the top four after looking great against a top-five team in the country and a top-three team in the SEC.

Is No. 10 Indiana really that good? Yes, they beat down Michigan at home this past week, but still, top 10? Not to me. The Hoosiers earned some of my respect, but placing them in the top 15 is perfect, not the top 10. I’ll say this: if Indiana wins next week, then they’ll deserve to be in the top 10.

Notable games for this week:

No. 11 Oregon plays Washington State at 4 p.m. Saturday on Fox

No. 9 Miami faces Virginia Tech at 9 a.m. Saturday on ESPN2

Purdue hosts No. 23 Northwestern at 4:30 p.m. Saturday on the Big Ten Network