Only eight of the 12 conference teams played on Saturday; there is still quite a shake up in the standings 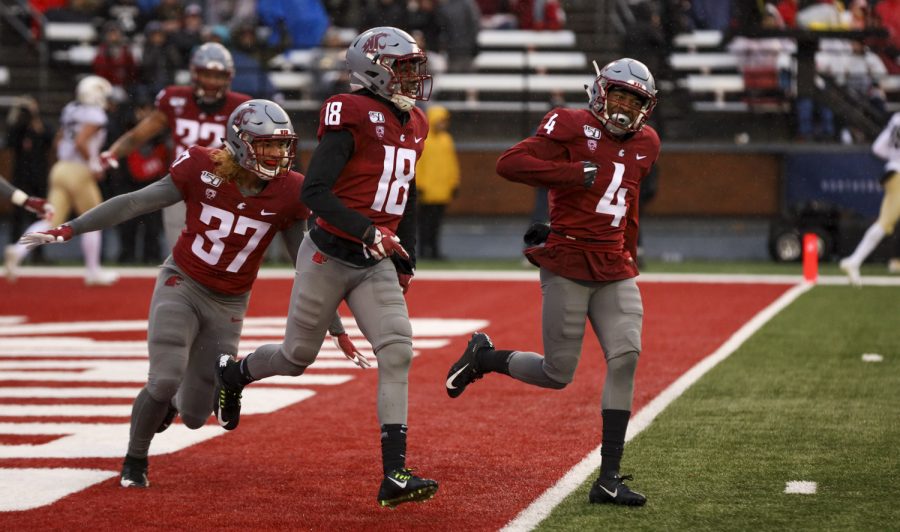 The Cougs come in at No. 4 in the week 1 power rankings as they prepare to take on No. 1 Oregon on Saturday.

The Pac-12 kicked off their season Saturday, with four games throughout the day to start the season for the conference.

The frontrunners for the Pac-12 conference championship after this weekend are Oregon, USC and WSU, who looked great against the Oregon State defense.

USC and ASU had a classic in the Coliseum, WSU and OSU battled it out in Corvallis, Oregon, the Ducks looked good against Stanford, and UCLA vs. Colorado was the battle of two halves, in my opinion.

Here are my power rankings for the Pac-12 after the first week of the season.

The Ducks looked great against Stanford in Autzen Stadium, led by junior running back CJ Verdell. The game looked close at first, with both teams having struggling offenses throughout the first half and not really getting into the end zone. Oregon’s defense is at the top of the conference, but their schedule doesn’t get any easier.

Next game: Saturday at Washington State

The Trojans struggled this game, and even though their wide receiver core is one of the best in the country, sophomore quarterback Kedon Slovis looked inconsistent at times, throwing the ball 55 times with a couple of touchdowns and an interception. USC had to climb back down 13 with 3:05 left in the game, and somehow did it, but if they want to be a real contender to Oregon, they have to win more convincingly.

Next game: Saturday at Arizona

The Sun Devils looked to upset USC on the road, leading by 13 with about three minutes left, and they let the game escape from their fingertips by blowing that lead late in the game. Sophomore quarterback Jayden Daniels looked like the next Lamar Jackson against the USC defense, using the option play and carrying the ball for 111 rushing yards, but throwing for 134 yards. Arizona State needs to bounce back from this close loss and focus on the rest of the schedule for success.

Next game: Saturday vs. California

The Cougars blew my expectations through the roof on Saturday and looked complete on both sides of the ball; most fans haven’t seen that in a while. The new offensive style that head coach Nick Rolovich brought seems to work out well, resulting in 229 total rushing yards as a team. WSU’s defense looked complete, limiting the run and seeming to have a certain energy in the secondary. The Cougars need to keep this up to produce some solid wins this year.

Next game: Saturday vs. Oregon

The Buffaloes looked great for the first half, forcing four turnovers for UCLA and going up 35-7 in the second quarter. I say the second quarter because UCLA made this a game, the Bruins managed to comeback some and were down 35-42 late in the third quarter. The Buffaloes ran all over the Bruins’ defense, with sophomore tailback Jarek Broussard carrying the ball 31 times for 187 yards and three touchdowns. Colorado can’t have these close games if they want to have more success in the conference.

Next game: Saturday at Stanford

The Beavers lost a close game to WSU at home, but the Cougars looked to overpower them throughout the first half, only mustering up a touchdown and not scoring again until 3:27 left in the third quarter. The run game looked to be the main force of their offense, but it was limited by the Cougar defense, getting 122 total rushing yards and 120 of them coming from junior running back Jermar Jefferson. Oregon State needs more production from their redshirt junior quarterback Tristan Gebbia to get some wins.

Next game: Saturday at Washington

The Bruins looked stagnant in the first half of their game against Colorado, but then all of a sudden, their offense came out of nowhere, but it was too little too late. UCLA’s offense didn’t start off hot, having four turnovers in the first half alone, but still, the Bruins had some fight in them. Junior quarterback Dorian Thompson-Robinson accounted for their offense, throwing for 303 yards and four touchdowns and rushing for 109 yards and a rushing touchdown. The Bruins need to play consistently all game to really move up in rankings.

Next game: Friday vs. Utah

The Cardinal looked stale on both sides of the ball, Oregon was just driving in the second half, and they had no response for it. Stanford kept it close throughout the first quarter, keeping it a 7-7 game, and then Oregon started to play football. The Cardinal did not have their starting quarterback, senior Davis Mills, and had to rely on junior Jack West to lead them this week. Stanford depended on their run game to try and keep them in this game, but it was just too much when you play Oregon on the road. The Cardinal have to hope their starters are healthy in order to have success.

Next game: Saturday vs. Colorado

California vs. Washington matchup was ruled a no-contest because a member of the California roster tested positive for COVID-19.

The Arizona vs. Utah matchup was ruled a no-contest because a member of the Utah roster tested positive for COVID-19.