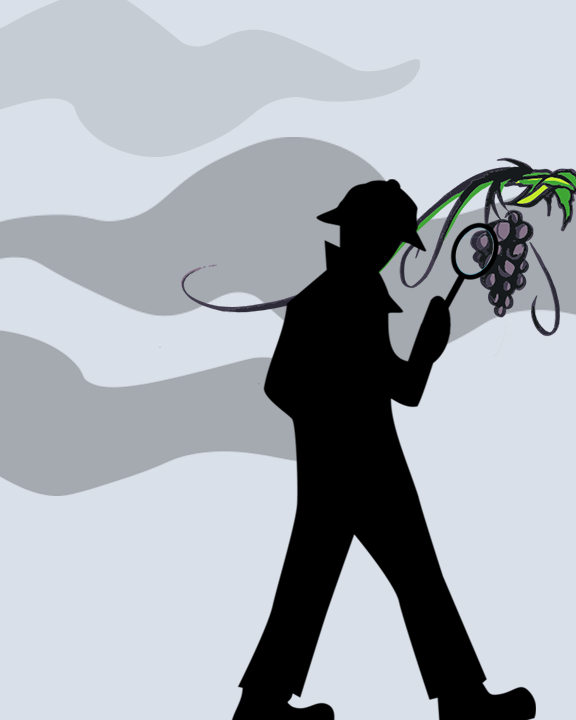 Grapes from commercial and research vineyards are collected and analyzed so WSU researchers can see how wine grape quality is affected by how long they are exposed to smoke.

WSU researchers are studying how the duration of smoke exposure from September’s wildfires affected the quality of wine grapes.

Researchers are placing particle counters in commercial vineyards in different parts of the Columbia Basin to measure the smoke density and composition, Collins said. They are analyzing the chemical composition of the smoke from the Wine Science Center on the Tri-Cities campus.

Grapes from commercial and research vineyards are collected and analyzed to find any smoke-related compounds on the grape’s skin that cause the smoky aroma or taste in wine, he said.

“We have an idea of what some of these compounds are,” Collins said. “We don’t necessarily know the identity of all the compounds that might be involved.”

After the researchers find out how long grapes can be exposed to the smoke’s individual compounds without developing an ashy taste or smell, they will look at different compound combinations that can cause smoky aromas, Collins said.

The particle counters can be used as sensors to predict if smoke from a wildfire will affect the grapes, Collins said. The sensors will look at the density and composition of the smoke to determine the fuel source of the fire.

Researchers use commercial smokers to test the effects of different fuel sources, types of smoke, distance from the smoke’s origin and timing of smoke exposure on the grapes, he said.

Vineyard barrier sprays are tested on the grapevines to see if any materials can minimize the effect of smoke exposure on grapes, Collins said. The results from previous tests have been inconclusive.

Researchers are testing wine purification processes to eliminate some of the compounds in wine made from grapes that were exposed to smoke, he said. These processes are found to have an impact on both the positive and negative aromas.

The original focus of the study was to learn how exposure to smoke before the grapes ripened affected them, he said. The researchers shifted their focus to the impacts the September wildfires had on the growing season.

WSU has been researching the effects of smoke exposure on wine grapes since 2016, Collins said. The university has collaborated with researchers from Australia, Oregon and California.

“There’s a lot of focus from the [U.S. Department of Agriculture] on this issue, so we are ramping up research very fast,” she said. “We have learned a lot in a few years, but we have a lot more to learn.”