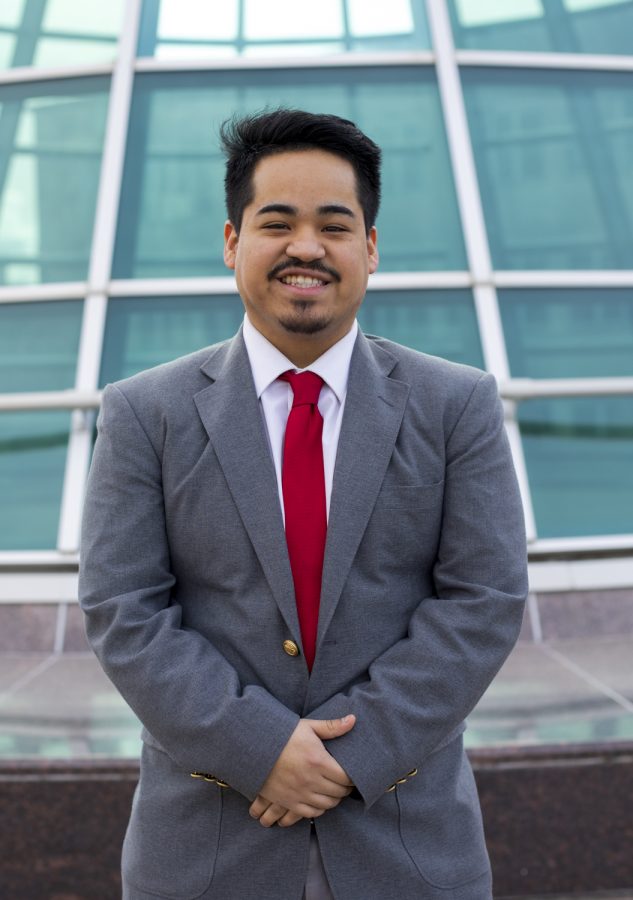 Shortly after senior Gerardo Zaragoza transferred to WSU from Pierce College, he became the deputy director of communications for ASWSU.

When Gerardo Zaragoza transferred to WSU, he found his place within the student community.

After moving to Pullman from Pierce College in 2019, Zaragoza became ASWSU deputy director of communications in January.

“I was at a fork in the road and was trying to get involved on campus,” Zaragoza said. “It’s been the greatest way that I can showcase my work, while I’m still working on my degree.”

He doesn’t care for politics, he said, but instead prefers the social interaction of the position.

“If it’s doing something to make a change, then I want to contribute,” he said. “I am able to do projects that I am passionate about.”

Zaragoza never thought acquiring the position would be an easy task, but he maintained a curious perspective, he said.

“I went into it with an understanding that there will be more people applying and that I should treat it as an opportunity,” he said.

Just because someone does not have the perfect qualifications, does not mean they cannot do the job, Zaragoza said.

Zaragoza stood out because he had the right approach when he came to WSU, Bailey said. He did not wait around to meet the right people, instead, he knew what he wanted to do and went after it.

“Gerardo is definitely a humble person,” Bailey said. “He is a listener first and will help out with whatever we need.”

Zaragoza also stands out because he does not try to draw attention to himself, Bailey said. He is someone who keeps his head down and grinds to get the job done.

Zaragoza always engages and contributes thoughtful ideas during meetings, Bailey said. He is also a servant leader, and is the kind of person who will find ways to help, Bailey added.

Zaragoza said when efforts go unnoticed it is difficult to maintain a positive attitude, like if students do not attend ASWSU events that took a lot of planning and effort to put on.

“You are a government body and you want to cater to the students,” Zaragoza said.

Growing up in Puyallup, Washington, Zaragoza said he watched soccer religiously while rooting for his favorite player Lionel Messi. In high school, he participated in a wide range of activities, including musical theater, art and snowboarding.

“You could say I am a jack of all trades,” he said.

Zaragoza, senior marketing major, said he wants to get a marketing-related job after college, and eventually own his own small business.

Owning his own business would allow him to move at his own pace and figure out where he really stands, Zaragoza said.

“I want to be able to cater to my consumers so that I can pick and choose my clients and create a culture,” he said.