Evergreen columnist writes about her father's journey, the importance of family 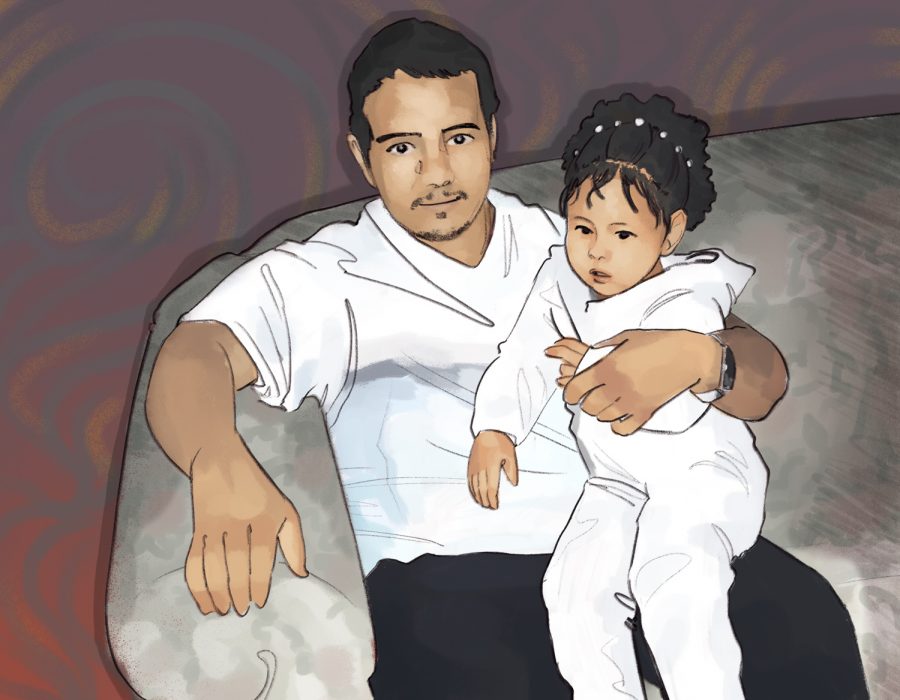 Have a story of your own you want to submit to Culture Brew? Let us know at mint@dailyevergreen.com.

For my father’s family, the American Dream meant leaving everything behind and starting over from scratch.

At 5 years old, my father and his family left Cherán, a beautiful city in Michoacán, Mexico, where everybody knew each other and everything was familiar, to a small, cramped apartment in the United States, which they shared with another family.

The food was different, people looked and dressed differently from each other, and it was hard to branch out when all you knew and found comfort in was family.

Although there were vast cultural differences, my dad and his sister seemed to assimilate rather well into American society because they were at an age where many Spanish-speaking children began to learn English.

While my dad and his sister went to school, my grandparents and some of the older kids would work day and night to afford to live in this country and give their children what they needed. Eventually, they were able to buy their first house on their own, but that required more sacrifices to be made.

In a household of eight, it was not very common to buy new clothes, new shoes or anything new — paying bills and having food to eat were the priorities. So hand-me-downs were more common than not.

To my dad, it wasn’t very much of an issue until his teenage years emerged. His friends were working so they could buy the newest, freshest, white sneakers while he would go to school wearing his brothers’ old clothes and shoes. Sophomore year of high school was when he decided school wasn’t as essential as making money, so he decided he was done with school and ready to enter the workforce.

Although his father was a former educator, he wasn’t able to convince my dad to continue school at the time simply because his teenage son was as driven as he was, and he was going to get what he wanted.

He would spend his days working and his nights at gatherings with friends, leading a wild nightlife that made his family worry.

But that same year he dropped out of high school was the year his grandfather passed away in Mexico, and a funeral was soon to take place. It was a devastating time for the family because they were only able to visit him every few years since they left. My dad hadn’t been in touch and had felt regret at the time. However, that December would be a turning point in his life that nobody saw coming.

Aside from attending the vigil and other funeral traditions, my dad would continue to spend his nights out until dawn. He did this until he met my mother.

Fifteen years old at the time, my mom was known as personable, intelligent and selective of who she spent time with. Eventually falling for his charm, they began dating for the rest of the time he was in Mexico. A few nights before my dad’s family was set to leave, he decided this was the girl he wanted to spend his life with and there was no backing down. He asked her for her hand and promised he would give her everything.

They began their life together in his family home in the United States, and at 16 they had me.

At that point, nearly every aspect of my father’s life had made a complete 180. He stopped going out, he took up several different jobs. He was a great father and husband, and an overall better man. His character had developed drastically over a year.

He was a very diligent worker and was able to optimize his experience no matter the kind of work he was doing — operating heavy machinery at a fruit-packing shed, a car wash operator, working on a commercial fishing boat in Alaska or as a salesman at a car dealership.

This man had learned how to work hard to make his way up. At one point, he accepted my mother’s encouragement to return to school and earn his GED, making his parents and our little family very proud.

Now, he manages the same car dealership he began selling cars at, and any person at the company who knows my father can say he is one kind, hardworking man who has given the people of that company his best and more.

Only a few know the lot he had been through to get to where he is.

Throughout this time, family was his motivation and wits were his medium. As far as he is concerned, he has always been living the American Dream.

For years, he had told me of how little he had grown up with, but the value and meaning behind what family was able to give him overshadowed any material things.

Now that he had a way to give back to the people that meant most to him, there was no stopping him, because as he had once said, “Your family will always be there for you when you’re at your lowest,” which in his case was quite true. From his darkest and lowest moments to his triumphs, family in any way, shape or form was always there to comfort or congratulate him.

Even this story only tells a fraction of the adversity many people experience to reach their “American Dream,” and just how little we know about the people around us.

Like my father’s family, many people have left everything and arrived to nothing, only to build a new and better life for their families.