"Jurassic Park" was an instructional manual; we have the science 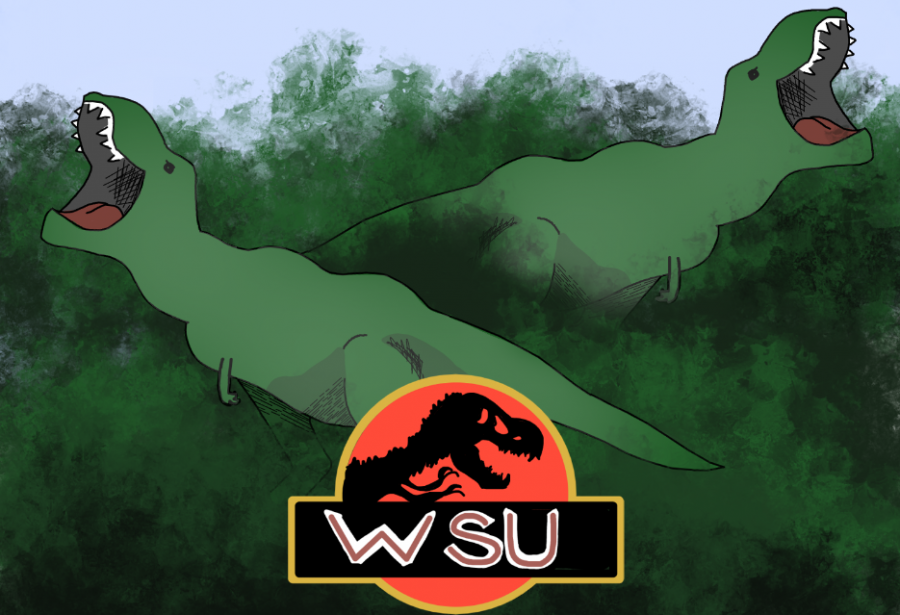 Dinosaurs should be brought back to life — the WSU Vet School is the perfect group to do it.

If you have not, I will catch you up quickly. Eccentric billionaire John Hammond has a dream of recreating dinosaurs, using DNA in blood found in mosquitoes from the Jurassic period that have been preserved in amber. He creates a dinosaur theme park, housing carnivore and herbivore dinosaurs. To nobody’s surprise, the park is an absolute disaster, T-rexes and velociraptors break out of their habitats and create a reign of terror over the park.

But with proper precautions and safety measures in place, I have a feeling the WSU Veterinary Teaching Hospital could successfully turn Pullman into the next “Jurassic Park.”

Jurassic Pullman, if you will.

First of all, the veterinary clinic has already shown that they can take care of large predatory animals very successfully, with the grizzly bear habitat on the outskirts of campus. They might be able to start with bears and tamper with their DNA in order to create a new type of hybrid bear they can showcase.

The hybrid grizzly would be a very successful endeavor. The clinic could start requiring a paid entry to see the bears. That would make a lot of money for the program which they could use directly to make more fun hybrids.

I am certain that underneath the rolling hills of the Palouse there is some kind of fossil or DNA just waiting to be discovered. It would be such an honor for a fossil of a dinosaur to be named after Pullman or the university. My personal suggestion for a scientific name would be the “CougarFootballSaturdaySaurus,” and the exhibit would raise money for the athletics department.

The major downfall of “Jurassic Park” in the book and movie was Dennis Nedry, a spy who stole some of the dinosaur DNA to sell to another corporation. I have a sneaking suspicion that our frenemies in Seattle would get jealous of WSU’s new successful dinosaur recreation, and might try to have a sleeper cell installed in Pullman in an attempt to take our glory.

If we cannot beat UW in football, I would assume we would put them to shame with our hybrid grizzly bear and our newly found CougarFootballSaturdaySaurus. However, this might create dangerous competition that would ripple across the nation.

I fear that dinosaur creation would replace college football as the primary source of competition within colleges across America. Alabama and Clemson could make some crazy dinosaurs with their endless budgets, which might be dangerous to the safety of our country.

For example, if a dinosaur or hybrid grizzly bear got loose in Pullman, it would not have a whole lot of room to terrorize the populations before it runs out of gas in the middle of the Palouse. If a new freakish dinosaur were set loose from cities like Seattle, Tuscaloosa or Baton Rouge they could wreak havoc and potentially start a state of emergency.

In retrospect, the WSU veterinary clinic should discreetly breed some new species of grizzly bears and maybe try to recreate “Jurassic Park,” but if they choose to they should consider keeping it under the radar.