WSU received $38.7 million in donations; $10 million came from one benefactor 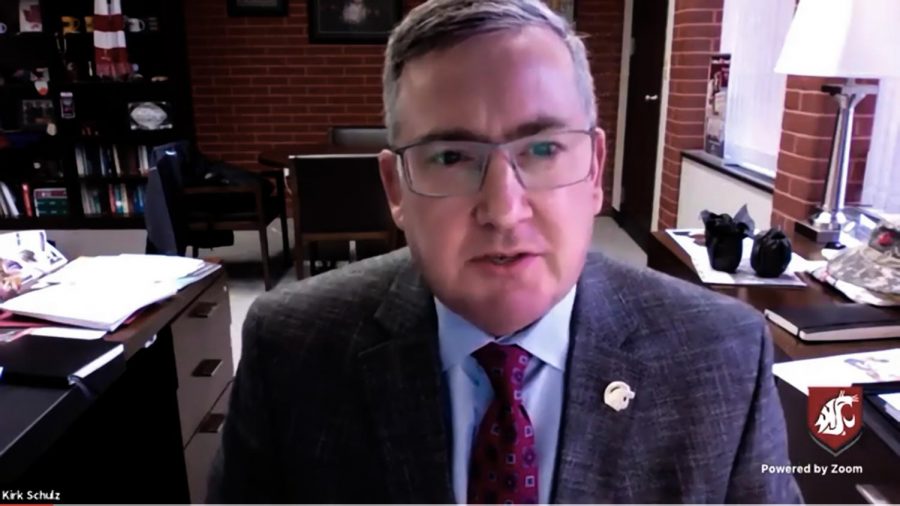 The WSU Board of Regents discussed a decrease in donations made to the university and the possible reallocation of funds.

WSU received $38.7 million from donors and stakeholders, said Lisa Calvert, vice president of university advancement. A donor gave WSU Vancouver $10 million, which will be used by the entire WSU system.

Current students reach out to alumni, asking for donations through Call-A-Coug Ambassor, she said.

“All gifts matter and we are trying to work hard to build that broad base support,” Calvert said.

David Turnbull, WSU professor of music, said WSU will fully implement Canvas by fall 2021. The university is also working with Microsoft to develop a program called Teams for Education.

“This will enhance students’ career readiness, especially in light of the current working conditions,” he said.

Faculty members are asking for extra compensation to prepare for continuing online instruction during spring. They are not fatigued, but they are scared, he said, not about the pandemic, but about WSU’s current financial state.

Those members believe money will be taken from academic departments to support WSU Athletics, he said. No decision has been made on whether this will happen or not.

Athira Pharma is researching a new compound called ATH-1017. This compound is shown to regenerate neurons and could be used in the treatment of Alzheimer’s disease. The clinical trial is in its second phase.

There is also a new viticulture and ecology program. This is a collaboration with WSU Tri-Cities, Schulz said. Students enrolled in the program will be required to complete the last two years of their training on the Tri-Cities campus.

In 2017, faculty members and students did not think WSU was diverse enough, especially Pullman, Schulz said.

In response to this, Mary Joe Gonzales, vice president of student affairs, and Jaime Nolan, associate vice president for community, equity and inclusive excellence, formed five working groups. The recommendations made by these groups have all been positive and put into effect, Schulz said.