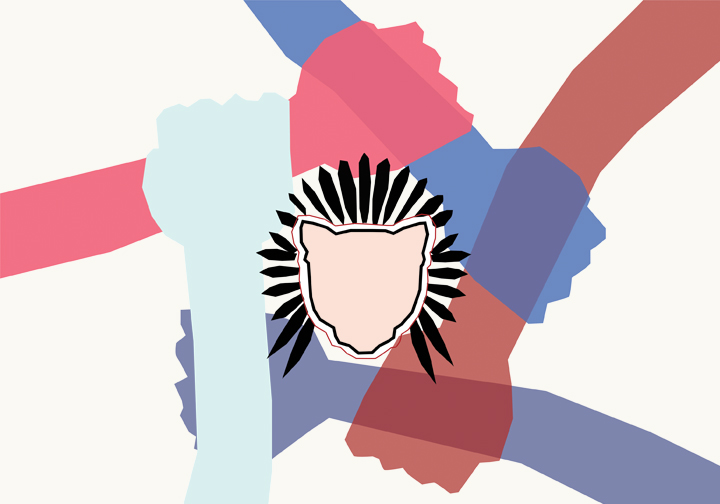 Native and Indigenous people deserve our support and respect.

Mondejar is also the public relations officer for Ku-Ah-Mah and a member of the Muckleshoot Indian Tribe.

The club hosts many events throughout the school year and tries to emphasize Native culture at WSU.

Mondejar said he hopes to reach more students through social media, as well as help non-Native individuals educate themselves about Native American history and the true history of the United States.

“We are connected through social media,” Mondejar said. “Just being able to reach out to a wider audience would greatly not only benefit us but also benefit other Wazzu as well by letting us educate them on Indigenous history and people’s land that we are here on today.”

“So many Native students go to Wazzu,” Mondejar said. “We are breaking the stigma of Natives not going to college because there is a stigma around us, saying that we can’t succeed, that we can’t move off the reservation and go find our lives for ourselves.”

Mondejar said he wished WSU would support them not only as a club but also as students.

“If Wazzu could help us be heard, and acknowledge that we are here because sometimes, it feels like we are last in everything,” Mondejar said.

He said Ku-Ah-Mah’s budget requests are less than other clubs but are often given last. Mondejar mentioned printing their flyers, which stay in Cleveland Hall, the Native Center. They wish to be able to put them in other areas, such as the CUB.

“To support us more is to have more students come to even one meeting, to have a better understanding of our culture and awareness. We are not a costume for Halloween, we are still here,” said Ermia Butler, sophomore environmental and ecosystem sciences major.

Butler is also the co-chair for Ku-Ah-Mah and a member of the Confederated Tribes of the Umatilla Reservation.

Both said they wish more people would listen to have a better understanding of Native American culture.

Some people even go as far as to say that Native Americans no longer exist.

“I have had encounters with other students that say that Natives are not alive and that is clearly not true,” Mondejar said.

Mondejar said he wishes the United States’ educational system taught the history of genocide and discrimination of Native American individuals.

“[I hope] for the United States to change their education system. I think it’s important to learn other people’s cultures and history and to know where they came from, to understand one another because we are all human,” Mondejar said. “We all want that respect for one another.”

To add, Butler said an understanding of all cultures is necessary.

“Better understanding of culture in general [is important] because every culture in the U.S. has faced hardships and struggle, even to this day,” Butler said.