Thanksgiving isn't all that great as a fall holiday 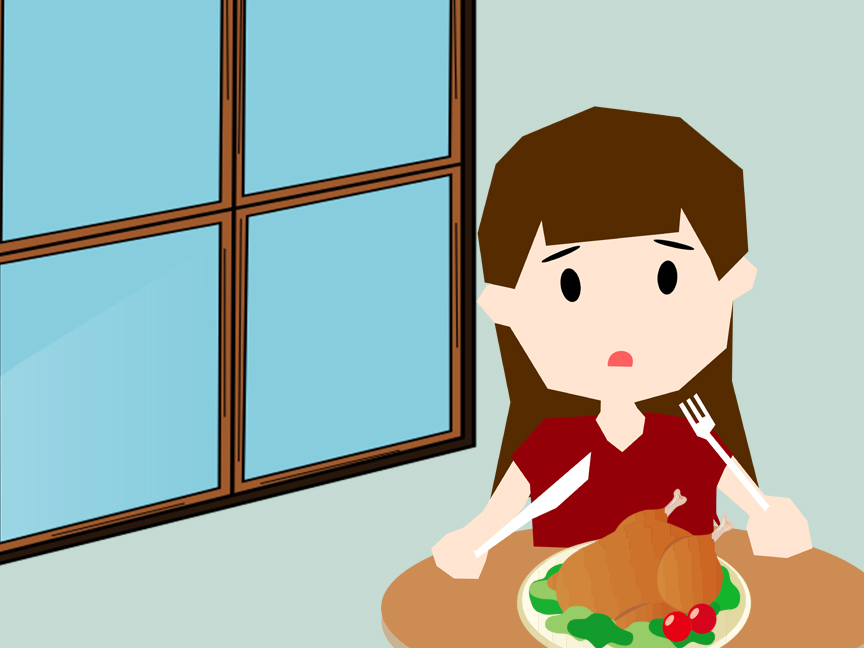 Thanksgiving misses the mark in a lot of ways, especially in terms of food.

The first Thanksgiving occurred in November 1621. Since then, there have been plenty of iffy traditions that have somehow stuck around for almost 400 years.

My biggest qualm with Thanksgiving is stuffing, because who likes stuffing? What even is stuffing? I don’t understand a single aspect of stuffing, or why it’s appealing to some. According to Food Network, the best stuffing recipe is made from stale white bread, celery, mushroom and other strange ingredients. I really don’t get what the desirable factor of that weird combination is.

While doing some research about the first Thanksgiving, I learned that the pilgrims ate eel among other shellfish. While I’m not sure if this is 100 percent accurate and it has not become a tradition, I have to lay down some criticism. Again, I don’t know why anybody would want to eat an eel or how these pilgrims even knew how to catch an eel.

However, stuffing and eel don’t come close to my anguish towards turkey. If I said that I don’t understand the hype behind stuffing and criticized the pilgrims for eating eel, I take it all back. Nothing can match my dislike towards the dreaded fowl of fall.

First of all, frozen turkeys take days to thaw before they’re even ready to cook. Second, they also take a ridiculous amount of time to cook thoroughly before they’re ready for consumption.

It’s not as simple as that; the turkey must go through multiple flips and temperature changes during the four hours of cook time to ensure that the bird is cooked “well.” But in my eyes, the turkey never turns out as well in comparison to the trial-by-fire cooking method it must go through to be completed.

On several occasions that Thanksgiving occurred at my house, it has taken my dad all day to deal with the turkey, and the cleaning up after dinner is another absolute bear. We have recently made the switch to ham, which in my opinion, is much tastier and is also a heckuva lot easier to cook.

Thanksgiving is a fun holiday despite my cynicism towards some of the questionable food traditions. The pie is probably the best part of the holiday for me — pumpkin and apple pie are two of the finest foods to come out of the holiday season.

When safe to do so, having the family together is also much appreciated. Being able to step away from the craziness of the year in favor of having a fun night in is such a blast.