Being isolated from peers, unable to interact with teachers, friends may negatively affect mental health 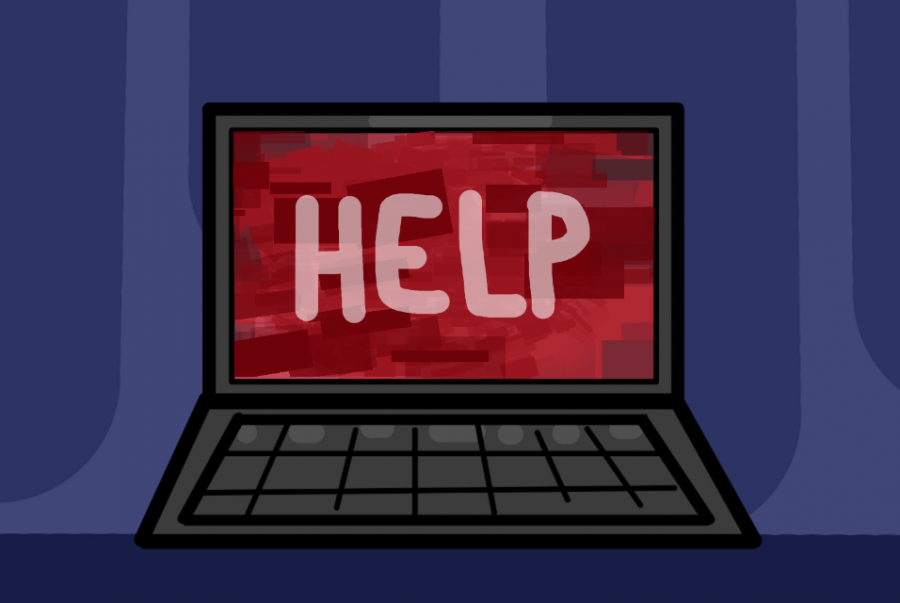 Three students used district-issued computers to look up how to harm themselves. Computer activity is monitored.

Three students at Sunnyside Elementary School recently used district-issued computers to look up how to harm themselves.

The searches occurred in October. Pam Brantner, principal of Sunnyside Elementary School, said she and her school counselor became aware of the searches almost immediately and reached out to the families and students.

“While [three students] may not sound like a lot, that’s a lot,” Brantner said. “One is too many.”

Student activity on district-issued computers is monitored. Branter receives weekly updates from the school system and is alerted immediately about any suspicious activity.

But some activity reported may not actually be suspicious, she said. For example, some students who are drawing an image on their computer for an assignment may draw a tree, but it is flagged as a weapon.

“I have to go through all those pieces,” Brantner said. “Sometimes it’s not accurate, and sometimes it’s right on the money.”

Brantner said she believes isolation and other social effects of the pandemic are contributing to student mental health problems. Students are not able to communicate with their peers about their lives anymore.

“Most kids don’t have phones so they can’t call their friend,” she said. “Think about the time if you’re in kindergarten and you lost your tooth — you don’t get to tell that to anybody.”

Brantner said the school is trying to change some of its programs and adapt them to support student mental health.

Students can partake in Sunnyside scoop lunch bunches, which allows students to go into breakout rooms on Zoom during lunchtime, Brantner said.

One teacher at Sunnyside created an activity called “Teach the Teacher,” Brantner said.

Students are able to teach their teacher and fellow classmates about a specific topic for 15 minutes before their scheduled Zoom class.

“We just need to find ways to bring the social aspect into learning and figuring out a way to get kids to connect,” Brantner said.

Sunnyside, as well as other schools in the district, use Second Step, a social-emotional curriculum that helps promote healthy social-emotional thinking and behavior, said Bob Maxwell, superintendent of Pullman Public Schools.

The school counselor teaches Second Step lessons alongside teachers and meets with students over Zoom, at home or during daycare visits, Brantner said.

Some students are also able to go into the school building for support. However, the number of students allowed at a time is limited because of COVID-19 safety regulations, she said.

A mental health therapist is available to meet with individual Sunnyside students. If a student is struggling, Brantner said she hopes they talk to their parents or teacher.

Brantner said parents should contact their child’s school if they have any concerns.

If a family member calls the school about a student, the school can arrange Zooms, small groups or an individual check-in, Brantner said.

“Unfortunately, in our society nowadays, this is all too common that we see students in crisis at a younger and younger age,” Maxwell said.