‘I love dance because you can convey a lot of emotion’

Artist combines dance, psychology in her documentaries; continues to look for stories 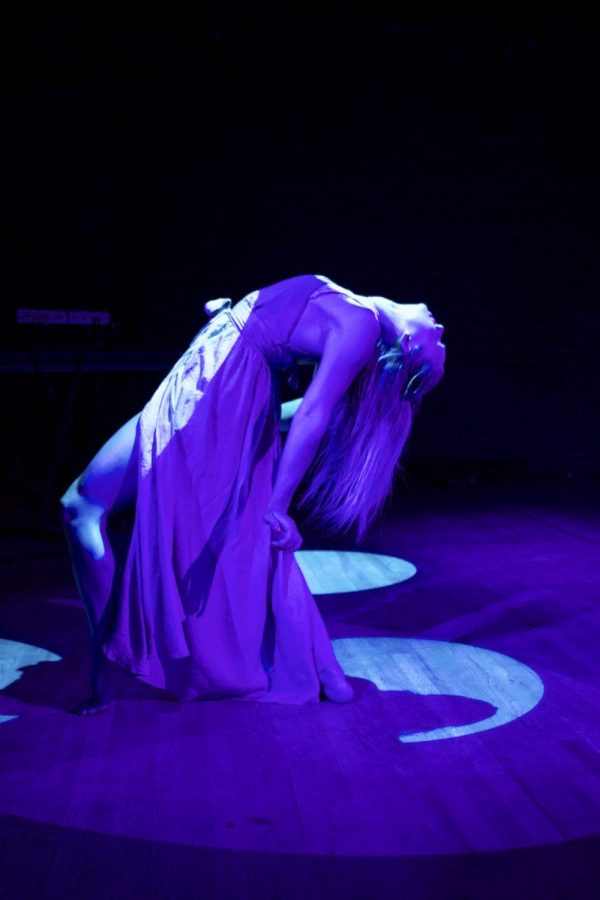 Graduate student Hannah Levy has been dancing since she was 3 years old and has a minor in dance and performance studies.

Through her recent collaboration with EcoArts on the Palouse, WSU graduate student Hannah Levy created her third dance documentary, “Staying with the Pause,” which touches on the struggles many people face during the pandemic.

For “Staying with the Pause,” Levy decided to create two separate dances in different locations. This meant she had to consider which spaces would fit best with the dances and how the two would interact. To communicate the two different views of the pandemic, the dances had to be edited together and shown side-by-side.

When creating these dance documentaries, Levy first figures out the overall theme. From there, she decides what movement to convey and then what music she feels communicates that idea. The main challenge from there is piecing together what movements fit best with the music. Levy used repetitive moments to communicate the “monotony” of our lives during the COVID-19 pandemic.

“For a documentary dance, the main purpose is highlighting the story more than anything,” said Levy.

This form of storytelling allows Levy to combine her love for dance and psychology to create beautiful and impactful documentaries.

“I love dance because you can convey a lot of emotion, and you don’t really need a dance background to understand different emotional experiences that you are viewing,” Levy said. “I feel like it can be a really relatable form of sharing.”

Levy graduated from Stanford University in 2018 and majored in psychology with a minor in dance and performance studies. Levy is currently a student in the clinical psychology doctoral program at WSU, where she also recently earned her master’s.

She began dancing at the age of 3, but said that it always came second to other sports she was involved in. While Levy became a more serious dancer in high school as she joined the dance team, she rowed competitively at the same time.

Levy said she continued to row competitively during her time at Stanford, and she realized that the only way she was going to be able to continue to dance was if she got a degree in it.

“I decided to minor in it, so that I could keep dancing and keep that artistic side of me alive while also rowing and doing school,” said Levy.

For her undergraduate honors thesis, she created a documentary dance titled “Being With.” Through this, she used movement as a form to communicate others’ experiences with empathy in the medical field.

When she came to WSU for graduate school, Levy got in touch with sports psychologist Kate Geiger and created another documentary dance on student mental health called “Unguarded.” The video includes choreographed dance alongside audio snippets of interviews Levy conducted with other student athletes. Her work on this project won her the WSU Community Building Award.

“This project not only features Hannah’s transdisciplinary talent but also brings out the creative intelligence of EcoArts interns who worked to realize this project,” Russo said.

The work that Pang did on the videos allowed Levy’s vision of the project to come alive, Levy said.

“It was really exciting to be able to work with another artist and to put my video editing skills to use outside of my own work,” Pang said.

The documentary dances Levy creates not only allow her to pursue what she loves but also shed light on mental health issues.

“More recently with documentary dances, it has also become a way for me to communicate a story or messages with others in a way that I feel is not only relatable but really fun for me to get to create and see how I can intersect my love of psychology with an artistic form,” Levy said.

Levy continues to search for opportunities to create projects where she can tell stories through dance. Her most recent project was funded by a Community Challenge Grant from the Center for Arts and Humanities at Washington State and can be found at EcoArtsOnThePalouse.com.