Postponement against No. 2 Stanford is the third season opener canceled for the Cougars 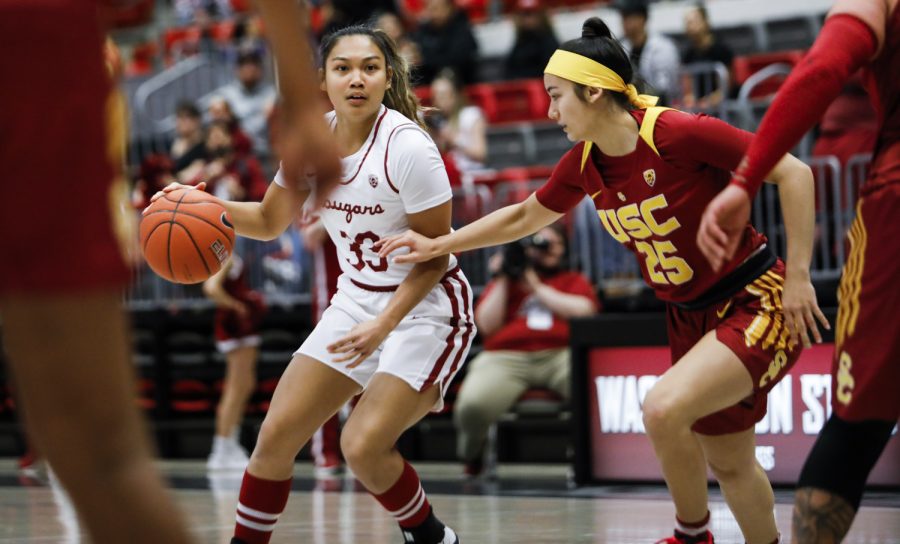 The team’s new season opener will be against the Golden Bears on Dec. 6.

The Washington State women’s basketball season opener on Dec. 4 against No. 2 Stanford has been postponed indefinitely.

The Santa Clara County Public Health Department temporarily banned all contact sports in regard to the rise in COVID-19 cases, which includes the Stanford Cardinal women’s basketball team.

“We’re having a bit of trouble with the California schools,” women’s basketball coach Kamie Ethridge said in regard to scheduling and playing games this season.

The postponement will mark the third delay of the season. The first came on Nov. 25 against Eastern Washington University, and then again on Dec. 1 against Boise State. WSU players and coaches are starting to grow impatient.

“We are so excited, and we want to play,” Ethridge said.

Ethridge confirmed that the team will not be playing Stanford in a press conference, and is now planning to start the season against the University of California, Berkeley, on Dec. 6, according to the WSU athletic website.

On Dec. 1, the Pac-12 conference released new guidelines and cancellation policies regarding players and games amid the pandemic.

WSU, Stanford and the Pac-12 are working on trying to make up the Dec. 4 game for later in the season.

The Cougs cross their fingers in hope of matching up with the Golden Bears on Dec. 6 in Berkeley, California. The time of the contest is yet to be determined.